Stardate: 3497.2
After Dr. McCoy (De Forest Kelley) gives a briefing about the local people and customs of the planet Capella IV, based on his experiences there years earlier, Captain Kirk (William Shatner) leads a landing party to the surface to secure mining rights.
Unfortunately, a Klingon officer, Kras (Tige Andrews) is on the planet for the same reason. And he seems to have formed an alliance with Maab (Michael Dante), a Capellan looking to dislodge the current Teer, or leader, named Akaar (Ben Gage).
The coup occurs, leaving Akaar’s expectant wife, Eleen (Julie Newmar), to be executed. Kirk breaks Capellan cultural values by attempting to save her life, an act which necessitates that he, Spock (Leonard Nimoy), McCoy and Eleen escape the village and flee into the mountains.
While Kras and Maab pursue with Capellan warriors, the Enterprise, under Scotty’s (James Doohan) command is diverted away from the planet by a false distress call, in reality a Klingon vessel. 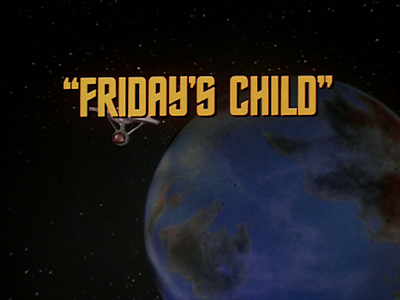 “Friday’s Child” by Dorothy Fontana may not be commonly ranked as one of the best episodes of Star Trek (1966-1969), yet it is nonetheless a solid and involving episode, in large part because of the “intercultural” differences depicted in the tale.
As many of you know, I am a communication instructor at a North Carolina community college, and I teach a course there called Introduction to Intercultural Communications. I have noted, with some amusement, that Star Trek, and Star Trek: The Next Generation get right, often, most of the principles of intercultural communication as we understand them today, in 2016.  In fact, I’d really like to write a college textbook about how the Star Trek franchise practices the values of respectful intercultural communication.  There is literally, a Trek episode available for every lesson.
In “Friday’s Child,” the Enterprise crew encounters an alien culture that is very different from Earth's.  Language and its usage is different, and highly individual, as we see from the way McCoy manages to insult Kras in terms that the Capellans recognize and understand.
We also see these differences in their customs.
For instance, Capellans prefer combat to love making, apparently.  Spock has one of the episode’s best lines when he notes that Kirk’s failure to fight with one Capellan warrior brands him something of a “disappointment.”
The Capellans also boast some draconian rules about how to touch/approach the spouse of a leader. But through everything, we can see that these people also possess a sense of honor. Their ways are not our ways.  But that doesn't mean that the Capellans are primitive or wrong. Eleen attempts to sacrifice herself to save her newborn child. And Maab, realizing he has been tricked by Kras, offers his life, despite the fact that he now holds all the power on the planet. 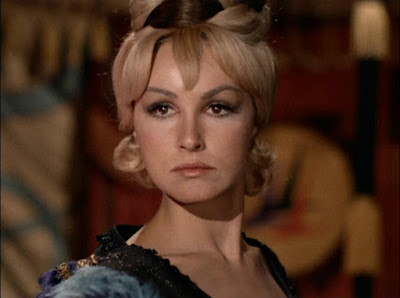 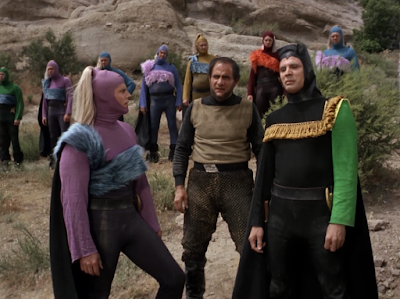 But through it all, Kirk, Spock and Bones do their utmost to respect the beliefs of their hosts. Importantly, this doesn’t mean that they approve of those beliefs or values, or that they like them.
Of course, most of the episode’s action occurs when Kirk violates a Capellan ritual, and touches Eleen.  He understands and respects the Capellans, but not to the point that he is willing to see an innocent person -- or persons -- murdered before his eyes for no purpose other than to maintain tradition.
What Kirk and his crew practice is a brand of dual perspective. They are able to see and understand how their hosts think. At the same time, they are true to their own values.  The intercultural conflicts occurs (as it often does) when those two perspectives cannot be reconciled.
And having a Klingon around to exploit those differences surely doesn't help. 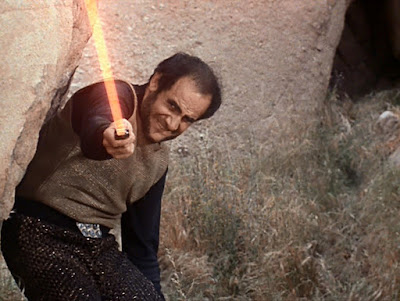 “Friday’s Child” is a fun episode for many reasons. It possesses some great character interaction between the big Three -- Kirk, Spock and McCoy -- as the triumvirate attempts to contend with Eleen, a character as strong willed as each corner of the Trek triangle. 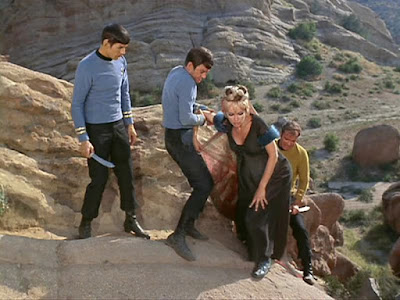 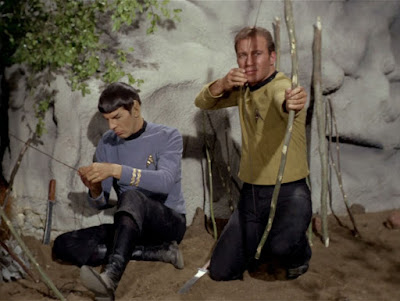 I also like the action of the episode, with Kirk and Spock introducing the bow and arrow to the Capellans.  This is probably a violation of the Prime Directive, of course. But since Kras is present, influencing the Capellans, there is no down-side to Kirk attempting to save the lives of his people.
“Friday’s Child” is also a great episode for Scotty, who takes the center seat aboard the Enterprise, and proves himself a measured, resolute commanding officer. Mr. Scott assesses the situation -- and his responsibilities -- brilliantly, and is neither provocative nor avoiding in carrying out his duties. 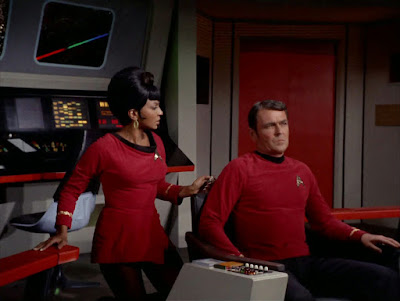 Although the scenes aboard ship are mostly a time-killer between events on the planet, Scotty’s unsentimental, perfectly-calibrated assessment of the situation with the Klingons and the distress call proves that he is more than competent as a captain.  Given Scotty’s character, it is unlikely he would seek or covet a command of his own, but he’d make a heck of a captain.
at September 07, 2022