70 Years Ago: The Adventures of Superman: "Superman on Earth"

“Come now on a far journey…a journey that takes us millions of miles from Earth…”
-          - Adventures of Superman: “Superman on Earth” 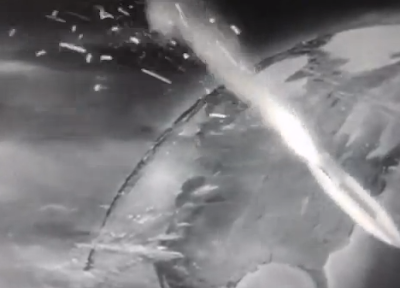 The 1950's incarnation of the Superman legend -- turning 70 years old this week -- commences in “Superman on Earth,” the inaugural installment of Adventures of Superman (1952 – 1957).
Long-time fans of the franchise in comic-book and movie form will recognize the beats of this origin story, but the tale nonetheless remains timely and exciting more-than-sixty years later, in part due to the nature of the crisis which paralyzes Krypton, and the government council’s ineffective response to it.
In “Superman on Earth,” the wise scientist Jor-El (Robert Rockwell) speaks before the assembled Governing Council of Krypton on “urgent business.” The planet has been suffering climatic change such as tidal waves, and also quakes and volcanic eruptions.  Jor-El’s “solar calculations” suggest that within a month the “gravitational pull of the sun will be so strong” that Krypton will be ripped apart.  Instead of planning for the crisis, the Council men laugh at this theory, calling it an “insult” to the intelligence. Out-of-hand, they dismiss Jor-El’s plan to colonize another world, planet Earth. 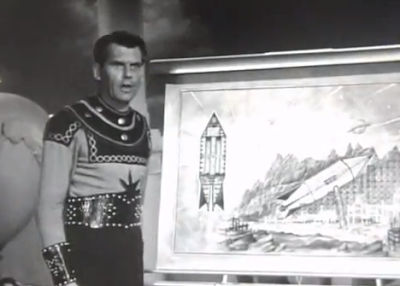 But very soon, disaster looms, and Jor-El and Lara must send their only son, infant Kal-El to Earth, where his rocket is discovered by corn-fed Kansas farmers Eben and Sarah Kent (rather than the more familiar sounding Jonathan and Martha Kent of later iterations).
Kal-El grows up and feels like an outsider. He asks his mother: “Why am I different from all the other boys?  Why can I do thing that no one else can do?” These very questions later form the gestalt of Smallville’s (2001 – 2011) interpretation of the legend.
After his father’s passing, Clark (George Reeves) says goodbye to his Mom at the bus depot, and heads to Metropolis. Sarah tells him “You’ve got a great responsibility to the world,” and Clark seeks a job at the Daily Planet because, by working as a journalist, he can be aware quickly -- before anyone else -- of local and international emergencies. 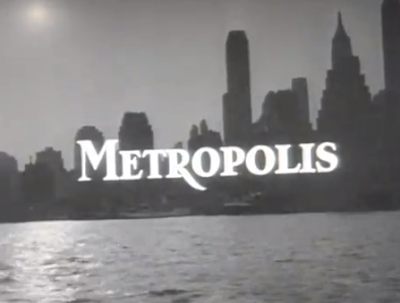 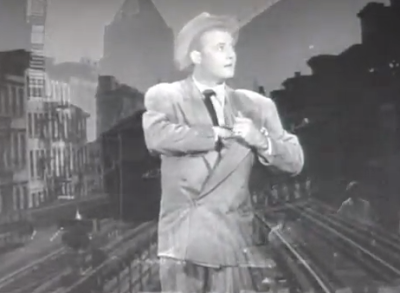 To get the job of reporter from cranky editor Perry White (John Hamilton), however, Clark must prove himself as a journalist.  He soon gets an exclusive from a mechanic who fell from a blimp in flight…and was rescued by Superman!
I was struck, watching “Superman on Earth,” how closely the later interpretations of Superman, including the Richard Donner film of 1978, follow the details presented here, though with superior production values.
On that front, it’s clear that The Adventures of Superman is a low-budget show. Jor-El wears an outfit left-over from the Flash Gordon serials of the 1930s, and the dome of Krypton’s governing council is actually Griffith Observatory.
Visuals aside, virtually very “core” aspect of the Superman, Shuster/Seigel mythos is here, from the opening act on doomed, arrogant Krypton, to the humble fields of Smallville, to the urbane spires of Metropolis. The only primary incident that this TV adaptation fails to include is the creation of the Fortress of Solitude. 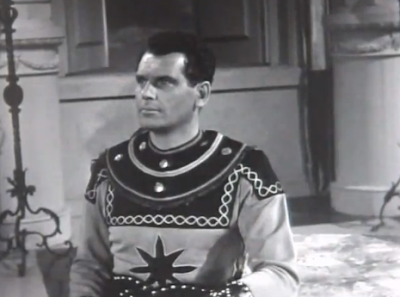 Today, the scenes at the government council of Krypton hold a special relevance as Jor-El’s science is mocked and dismissed by men who should know better. Indeed, one loud-mouthed, insulting man on the panel could well be James Inhofe, the U.S. Senate’s climate change denier-in-chief. Jor-El argues his points with reason and fact, but is faced with people of such small minds and limited imagination that there’s nothing he can do to prevent catastrophe  The result of such thick-headed ignorance: everyone on Krypton (save one child…) dies. A civilization is destroyed.
The reason that climate change may be thought of when watching “Superman on Earth” today isn’t just the ignorant nature of the governing body, but the very nature of the threat. There is talk of a recent tidal wave, for instance, which definitely evokes fears of global warming.
Only 26 minutes in duration, “Superman on Earth” doesn’t have the time to linger on the details of Superman’s journey, but rather hit the high points of his tale, such as his origin on Krypton, his feelings of isolation in Smallville, and his eventual maturity and acceptance of responsibility in Metropolis. George Reeves only appears in the last few minutes of the show, but makes a strong impression both as the young Clark Kent mourning his father’s death, and as the determined, would-be reporter, attempting to impress his boss and land an assignment. 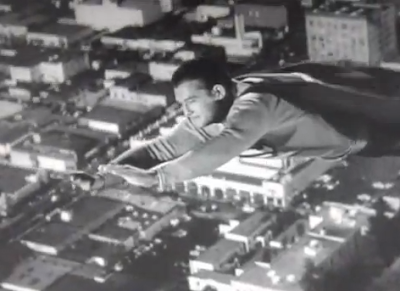 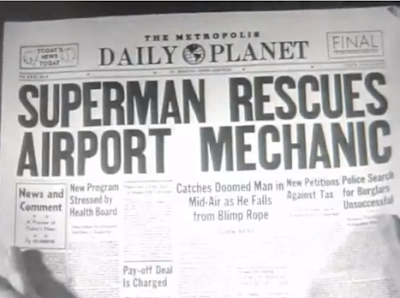 As writer David Smith described the Reeves’ mystique (in Starlog #9, October 1977, page 54): “Reeves gave the TV character the same kind of visual appeal that Jerome Siegel and Joe Shuster had achieved with their original comic strip superhero. Handsome, humble and intelligent, the actor almost magically transformed into Superman.”
“Superman on Earth” also establishes Clark’s X-Ray vision and the fact that his costume is just as invicible as he is.  Sarah Kent reports that she made the Superman costume from the indestructible blanket she found Clark wrapped in when he crashed in his rocket. Lois and Clark: The New Adventures of Superman (1993 – 1996) offered a variation of this idea, with Martha Kent noting that the “S” emblem on Clark’s costume came from the materials she found the boy wrapped in.
Fast-paced and fun, “Superman on Earth” is a great start to a classic series, even though series regulars such as John Hamilton, Phyllis Coates, and Jack Larson are not yet in the spotlight.  I fondly remember watching this series as a kid, in the 1970's, on WPIX in NY, and always hoping the station would rerun this "origin story."
at September 21, 2022

Email ThisBlogThis!Share to TwitterShare to FacebookShare to Pinterest
Labels: 70 Years Ago