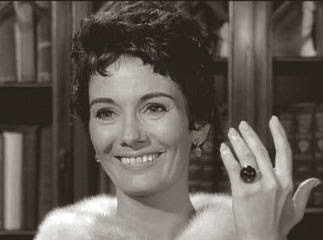 A ring is a decorative band or ornament typically worn on a finger.  Rings date back to Antiquity, and are usually crafted from metal, but also sometimes from bone, wood, or even glass.  The most famous genre ring, of course, comes from J.R.R. Tolkien, but cult-television series have also, for years, built story-lines around rings.

As early as 1963 and The Twilight Zone (1959 - 1964), the idea of a mystical or magic ring was seen on television.  The episode "Ring-a-Ding Girl" starred Maggie McNamara as up-and-coming star Bunny Blake, a woman who began to experience prophetic visions of her loved ones calling for help.  The rub was that their faces were appearing to her in the gemstone of a ring sent to Bunny by her fan club back home.

On the many variations of The Super Friends airing on Saturday morning in the 1970s, one of the on-going central characters was Green Lantern, a hero forever associated with his green power-ring (as well as his enemy with a yellow power ring, Sinestro). 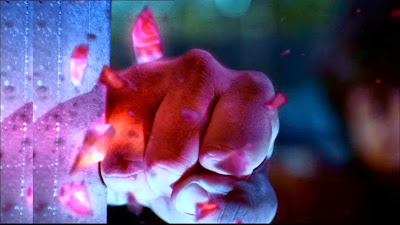 In Smallville (2001 - 2011), a power ring of another kind was seen in "Red."  In this second season episode, Clark Kent (Tom Welling) bought a school ring with a gemstone he thought was a ruby. But it was actually Red Kryptonite, and caused Clark to act in atypically-rebellious fashion. 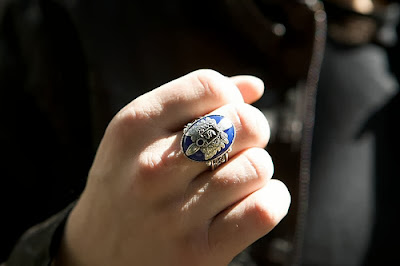 The Vampire Diaries (2009 - ) is perhaps the undisputed king of modern "power ring" series because a variety of unique and mystical rings are featured throughout the series run.  The vampires of the series -- from Damon (Ian Somerhalder) and Stefan (Paul Wesley) to Caroline (Candice Accola) and Elena (Nina Dobrev) -- all wear "daylight" rings, which protect them from the sun and allow them to be day-walkers.

Similarly, Alaric (Matthew Davis) and Jeremy (Steve McQueen) have both known to wear immortality rings which can resurrect them intact if they are killed while wearing it.

Sometimes on cult television, rings are not only mystical in nature...they may be simply keep-sakes. In The Walking Dead's first season episode "Guts," for instance, we see that Lori (Sarah Wayne Callies) wears her wedding ring from the still-missing and presumed-dead Rick Grimes (Andrew Lincoln) as a necklace. She takes it off when she makes love to Shane in the woods. 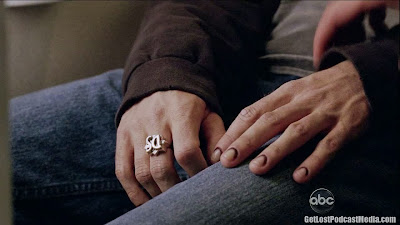 In an episode of Lost (2004 - 2011), Charlie Pace (Dominic Monaghan) finds his long-lost Drive Shaft ring, another memento of days gone by. 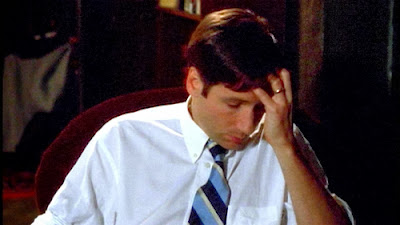 And I still recall the fifth season The X-Files (1993 - 2002) episode "Travelers" in which a young  Fox Mulder (of 1990) is seen to be wearing a wedding ring...a fact which spawned a lot of speculation in the early days of the Internet.