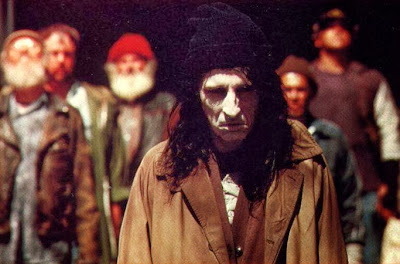 Regular reader and friend SGB starts off the reader top ten this time around, with his list of the ten greatest horror films, circa 1960 - 2000.

"Here is my list of the ten best horror films 1960-2000 that I chose based upon first viewing experience in my life during the decades they were released:


My taste in horror very much runs in the same direction.  Prince of Darkness is an underrated masterpiece, and you could say the same for The Fog and In The Mouth of Madness.

Also, I love that you directed some love at Race with the Devil (1975), which is a much finer film than often given credit for. I was also very pleasantly surprised when I saw Night Flier, a really great Stephen King adaptation.


Remember, readers: e-mail me your lists at Muirbusiness@yahoo.com by Friday night, and I'll post them here, to be included in Reader Results on Sunday.