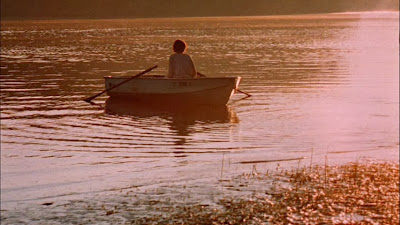 “This is my contribution to your latest Reader Top 10 submission week. I'm sending this with self-enforced stipulation that these picks be only my favorite English-language horror films that have not been directed by either an Italian or Spanish filmmaker. Including those wily Europeans would only make this list even more impossible to compile.

2. Messiah of Evil (1973): What's written above could apply nearly as equally here, but Messiah of Evil also has a coal-black sense of humor and Jean Rollin-esque lyricism accompanying its moody aesthetic. It's spotty, but only because it dares to go so far out there.

4. Carnival of Souls (1962): Merely thinking of the scene in which Candace Hilligoss pounds away at the keys of that church organ is enough to give me goosebumps.

5. The Wicker Man (1973): It's the jolly singing that makes it so much more unnerving than it should be. For many reasons, a sweatier film than the Texas Chainsaw Massacre.

6. And Soon the Darkness (1970): Why I never travel. Unrelenting suspense and the persistent feeling (even as the credits roll) that something just isn't quite right.

7. The Tenant (1976): What going insane almost certainly feels like.

8. Next of Kin (1982): Subtlety and slow motion. The giggling behind the locked door. Australia has produced many excellent horror films, but this is the least appreciated.

9. Long Weekend (1978): Why I never travel, pt. 2. Many horror films deal with nature seeking revenge against disrespectful humans, but few personify nature as a dead manatee creeping ever closer up the sand.

10. Don't Look Now (1973): Roeg films the entire production as if it were a study in grief, sorrow, and guilt. It's difficult not to walk away dazed.

Jeffrey: Your selections are off-beat, wondrous, and absolutely on the mark.

I’m a big fan of Carnival of Souls, Don’t Look Now, The Wicker Man and Let’s Scare Jessica to Death, in particular.  All those films emerge from a period in horror film history during which filmmakers were permitted and willing to play loosely with their narratives.  Today, horror films seem so shackled to conventional narrative structure, but if you look at something like Let’s Scare Jessica to Death, it’s a potent – and visual – mood piece, more than anything else.

I also love that you selected And Soon the Darkness.  I admire the hell out of that film, and it terrifies me every time I watch it!