Collectible of the Week: The Dukes of Hazzard Collection (Mego) 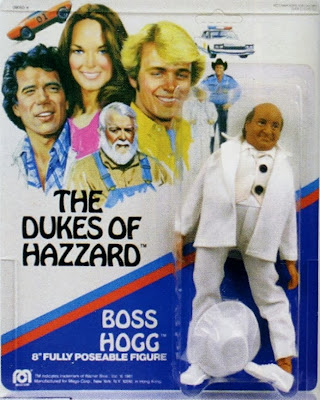 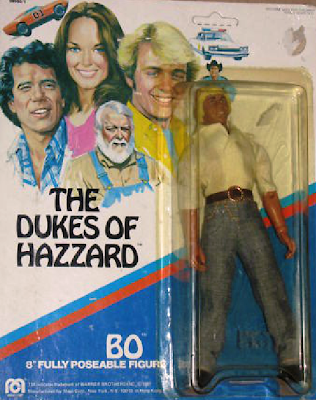 The series aired in prime time on Friday nights and featured the amusing, demolition-derby-styled adventures of Bo (John Schneider) and Luke Duke (Tom Wopat) -- and sometimes Coy and Vance Duke -- in rural Georgia, where the good ole boys tangled with the corrupt local Boss Hogg (Sorrell Booke) and his incompetent police officers.

The lovely Catherine Bach played Daisy Duke, but perhaps the real star of the show was the 1969 Dodge Charger named The General Lee.

Only a short time before the company folded, Mego produced two lines of Dukes of Hazzard action figures.  The large scale, eight-inch line included four figures: Bo, Luke, Daisy, and Boss Hogg.  Bafflingly, no General Lee for these figures was ever produced. 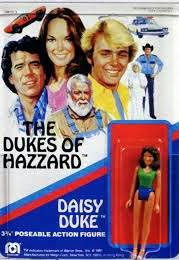 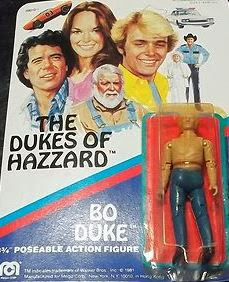 But better than the increased figure selection, Mego also produced a General Lee car for these figures, as well as Daisy’s jeep.  There was even a Cooter’s Garage play-set available for a time. 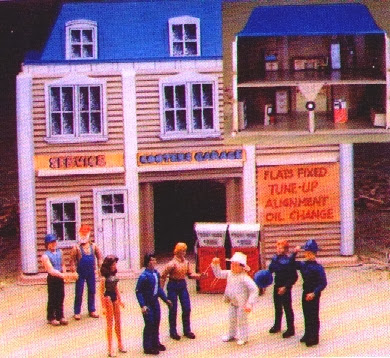 The Dukes of Hazzard toy line was, like the highly-rated series, quite the success for Mego, but apparently not enough to save the company, alas.
at October 23, 2013

Email ThisBlogThis!Share to TwitterShare to FacebookShare to Pinterest
Labels: collectible of the week, The Dukes of Hazzard