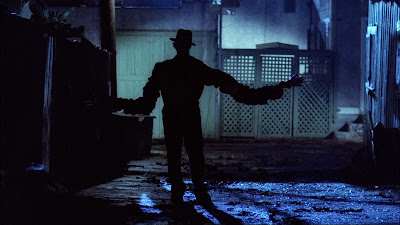 Reader and friend Aaron DePhillips provides us our next top ten greatest horror films (circa 1960 - 2000) list, and he's got some terrific titles here...

Aaron: Terrific list. The original A Nightmare on Elm Street (1984) is such a great film. I watched it recently and it still holds up, and it is still really scary. Craven's film boasts a tremendous atmosphere of dread, and I'm always impressed by Heather Langenkamp's performance as Nancy.

I'm also happy to see The Blair Witch Project get another shout-out.  Elm Street launched the rubber-reality sub-genre, and BWP launched the found-footage genre, for sure...