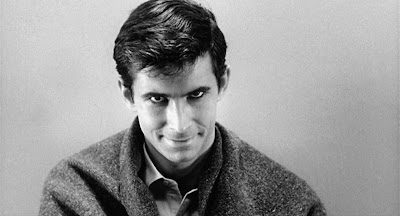 "The list is in ascending order from #10. My choices for #3, #2 and #1 are a given: they haven't changed for over 30 years. They're not only my favorite horror movies ... they're my favorite movies. I've seen each of them countless times, big screen and small, and although the three have been endlessly copied or remade or re-imagined or plagiarized or sequelized to ever-diminishing returns, the originals steadfastly remain perfect cinematic gems.

9. SPOORLOOS (THE VANISHING) (1988)
This movie freaked me out! In fact, just thinking about it now, 25 years later, I start squirming. My immediate answer to any question that begins "Do you really want to know ..." is a quick and firm "NO!"

8. THE EXORCIST (1973)
I saw this first at a university Halloween screening; nobody was sober and the atmosphere was ROCKY HORROR zaniness. The second time I saw THE EXORCIST, a few years later, I found it extraordinarily depressing. Then a third time, two or three years after that, the movie finally clicked: I felt Chris MacNeil's anguished desperation and determination to save her daughter. The prologue in Iraq made sense. The Kinderman scenes suddenly fit. And, yes, it took a few screenings, but I finally made the connection between the Pazuzu statue and Regan's ugly bird toy. Still, for several years some unanswered questions really bugged me (What is the deal with Karl and Willi? What the heck is going on between Karras and Dyer?). Well, I got my answers this year when I finally read the book!

7. RINGU (1998)
This is one of the few movies of the recent past that actually made me get up from my chair to turn on a light and shut the blinds. Creepy, unsettling and fresh. I saw this before the remake, Gore Verbinski's THE RING, which I found to be weak and poorly filmed. The climactic scene in the US version was ruined by crosscutting, a misguided editorial choice that robbed the movie of the original's visceral impact. Stick with RINGU.

6. TWIN PEAKS: FIRE WALK WITH ME (1992)
One of the most frightening and harrowing movies of all time. And most misunderstood. And underappreciated. After the "Twin Peaks" television series was cancelled in its second season, David Lynch turned the enitre mythos inside out, shocking and angering fans of the humorously off-kilter mystery show with a horrific study of sexual abuse and violent family dysfunction. FIRE WALK WITH ME was savagely rejected at the time, but 20 years later Lynch's descent into Laura Palmer's private hell stands up better than the series does.

5. DON'T LOOK NOW (1973)
The horror movie as an art film. Beautifully filmed, with mysteries and symbolism peeking from every dark canal. Every viewing brings something new to the experience. And that soundtrack by Pino Donaggio -- gorgeous!

4. ROSEMARY'S BABY (1968)
A superb story populated with dynamic characters, at once artful and simple. Minnie Castevet is one of great characters of film. And while the sequels -- a novel and a television movie -- were both dreadful and I hope to never see a remake or another follow-up, this is one of the very few horror movies that leaves me wondering what could possibly happen next ...

3. ALIEN (1979)
ALIEN is undoubtedly one of the great horror films of all time, a text-book example of perfectly paced tension, suspense and dread. The characters aren't saddled with cliche-ridden back stories and comic book motivations. They are just blue-collar workers who want to go home. The writers upended many of the "rules" of horror movies with their screenplay, and Ridley Scott created a masterpiece with it. (Note: The filmmakers do owe a huge acknowledgement to the '50s B-flick IT! THE TERROR FROM BEYOND SPACE and Mario Bava's PLANET OF THE VAMPIRES. Check either of these movies out, you'll recognize scenes from ALIEN.)

2. CARRIE (1976)
I know the rap: Brian De Palma is a Hitchcock plagiarist. Yet while he is most definitely a Hitchcock acolyte, to dismiss him as  merely that is reductive and, well, wrong. De Palma's obsessions and themes are vastly different, as are his style and film language. SISTERS, THE FURY and DRESSED TO KILL are all favorites as well, but CARRIE is the top, a perfect blend of cinematic virtuosity and high caliber acting. The prom scene is probably my favorite film scene, masterfully shot in slow motion, vibrant colors and gorgeous close ups of the actors' faces. I love this movie.

1. PSYCHO (1960)
I'll never forget the first time I saw Hitchcock's game changer. I was still in elementary school. I had heard whispers about "the scariest movie ever made," but all I really knew was that there was a motel and a knife. My parents made the evening a big deal: Jiffy Pop popcorn; the console television tuned to Philadelphia's Channel 17, the rabbit ear antenna perfectly adjusted for crisp reception; my father and mother on opposite ends of the couch, my brother and I between them. I was enthralled. My brother fled the room, never to return that night, the moment Marion Crane's bathroom door opened and Mrs. Bates' shadow darkened the shower curtain. My parents kept an eye on me throughout the movie, but by the time Arbogast's body hit the floor at the foot of the staircase they knew I was loving every single moment of it. All these years later, after countless viewings, I'm still completely intoxicated by PSYCHO every time.

Brian: that's a great list, and I love that both Twin Peaks: Fire Walk with Me (1992) and Spurloos (The Vanishing) made the list.   Spurloos terrifies me to this day, and is superior to The Vanishing remake, which I liked but didn't love,

I'm also gratified to see that Psycho landed in the top spot.  That film is revolutionary in terms of structure and approach, and the modern horror film owes much to Hitchcock's enterprise.