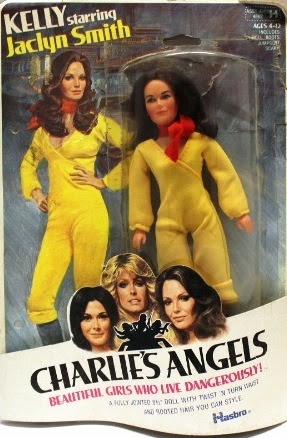 In 1976, ABC had a surprise hit on its hands with Charlie's Angels, an action/crime drama starring Farrah Fawcett, Jaclyn Smith, and Kate Jackson as a team of beautiful crime-stoppers. The series ran for five seasons (until 1981), spawned two feature film re-imaginations in the early 2000s, and recently a TV re-boot in 2011.  But the original series also spawned a highly successful line of toys from Hasbro.

Specifically, Hasbro produced a line of 8.5 inch action figures of the series' three main characters -- Jill (Fawcett), Sabrina (Jackson) and Kelly (Smith).  And when Fawcett left the show for a movie career, Cheryl Ladd's Kris was added to the line-up. 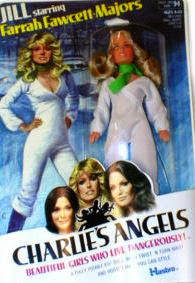 But the these action figures -- "beautiful girls that live dangerously" -- were only the beginning of the Hasbro merchandise.  There was also an incredible and much-sought-after play set called "The Hideaway House," a multi-level affair described in promotional materials as "the heavenly abode Charlie built for the Angels."

In addition, Hasbro produced a "sensational wardrobe for the girls who live dangerously by day, glamorously by night."  These costume changes had names like "moonlight flight," "night caper," "black magic" and "gaucho pizzazz."

A vehicle was also released for the angles, the "adventure van" which came with a director's chair, wrist camera, headset and binoculars. 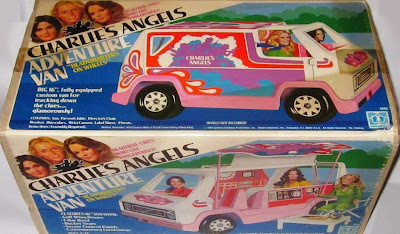 Below, some commercial for the Charlie's Angels line, by Hasbro: