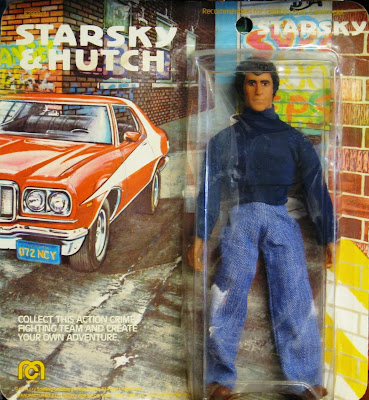 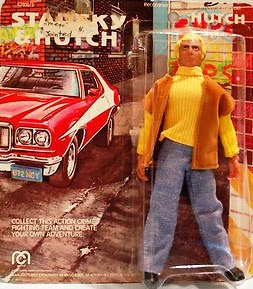 This series ran for four seasons and ninety-two episodes on ABC, and starred David Soul as Kenneth "Hutch" Hutchison, and Paul Michael Glaser as Starsky.

These good-looking cops patrolled Bay City California in their (awesome...) 1974 Ford Gran Torino, and universally angered their superior, Captain Dobey (Bernie Hamilton), who threatened to take their badges away. 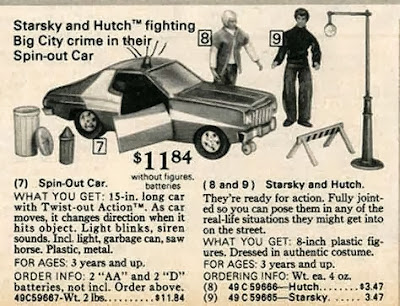 In 1978, Mego offered a line of 8-inch action figures from Starsky and Hutch, and urged children to "collect this action crime-fighting team and create your own adventure."

Along with Starsky and Hutch, Mego produced an action figure of Huggy Bear (Antonio Fargas), the cops' "street" contact (and the series' break-out character...), Captain Dobey, and also a random criminal called "Chopper." 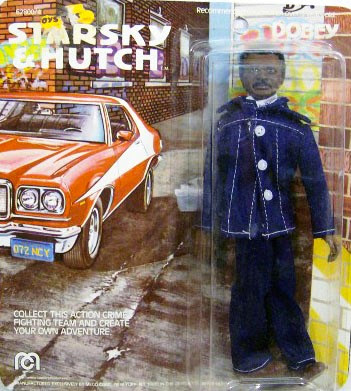 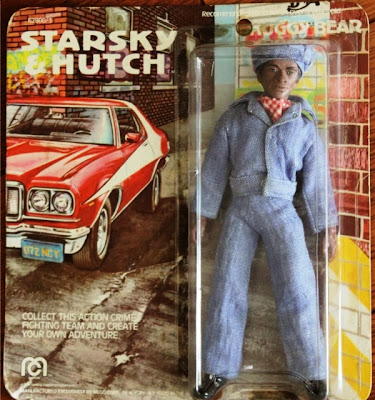 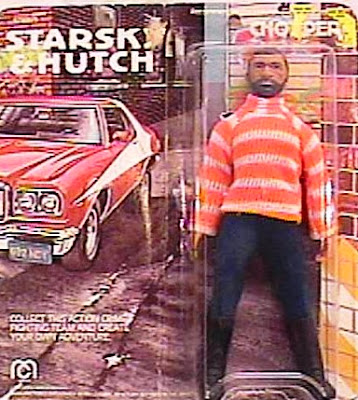 But the piece de resistance was definitely a large-scale mock-up of the partners' beloved red car: a "twist-out action" Gran Torino which could accommodate the large figures.

The toy car also came with flashing siren and headlights, and siren noises.  Even better, it was packaged with objects the cops could knock over during a car chase, like a street lamp or garbage can.

Below, you'll find a commercial for the ultra-rare, and therefore ultra-expensive toy vehicle:

Email ThisBlogThis!Share to TwitterShare to FacebookShare to Pinterest
Labels: 1970s, collectible of the week, Mego, Starsky and Hutch