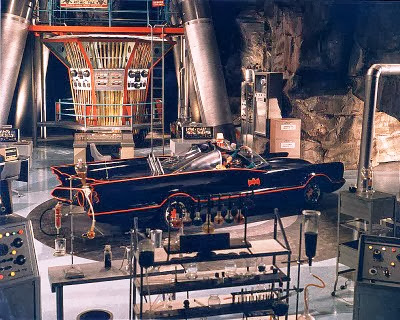 A cave is a natural subterranean structure big enough for human entrance and formed by the weathering of rock.

Caves seem to hold a special fascination for human beings, and particularly storytellers. In prehistory man -- or cave-man, specifically -- huddled together in caves, painted their adventures on the walls, raised families there, and were sheltered from both predators and the elements.

The fascination with caves has transferred to cult-television.  Many programs over the years -- even ones about adventures on other worlds -- have been set in caves.

The most famous cult-TV cave of all is likely Batman’s Batcave: a technological and scientific headquarters in a cavern far below Wayne Manor.  Equipped with atomic power and a parking slot for the Batmobile, the Batcave is “home base” to Gotham City’s caped crusaders.  Also, the cave represents Bruce Wayne’s splintered psyche; the dark subconscious underneath his conscious mind. 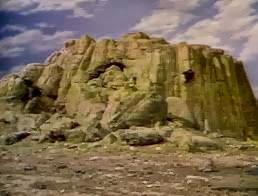 A cave -- called High Bluff -- is also the home base for the Marshalls, a family stranded in the pocket universe of Altrusia in Sid and Marty Krofft’s original Land of the Lost (1974 – 1977).  The cave is destroyed at the start of the series’ third season, following an earthquake, and Will and Holly move to a Sleestak temple. The last time we see the High Bluff cave, the entrance is buried under tons of rock.

But caves are not mere home-bases in cult-television history.  Sometimes they are the source of deep mysteries, and even a sense of ironic symmetry.  In The Twilight Zone (1959 – 1964) episode “The Old Man in the Cave,” a highly-advanced computer safely ensconced in a cavern secretly takes care of a local human populace following a nuclear war, until destroyed by raiders.  Without the Old Man in the Cave, the locals die off.  The idea is that man started in the caves, and his civilization ends in the caves too. 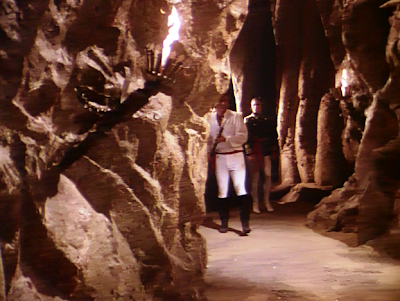 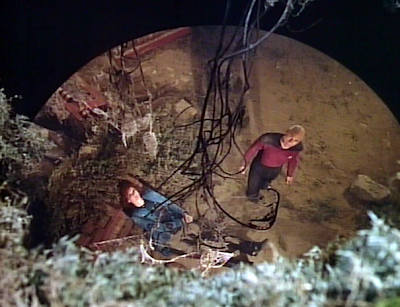 The second season of Smallville (2001 – 2011) was devoted to Clark’s discovery of Indian caves which had a secret connection to his home world, Krypton, and which eventually helped him create Superman’s famous Fortress of Solitude.  And The X-Files’ (1993 – 2002) sixth season episode “Field Trip” featured a terrifying cave in which carnivorous fungus would devour unlucky campers alive, and nearly got Scully and Mulder too. 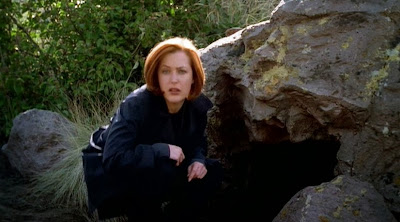 As recently as The Vampire Diaries (2009 - ) in 2013, caves have played a crucial role in storylines.  In the fourth season of the series, many of the protagonists visit an island cave where the sarcophagus of Silas awaits, and the original immortal plans to resurrect.
at October 21, 2013