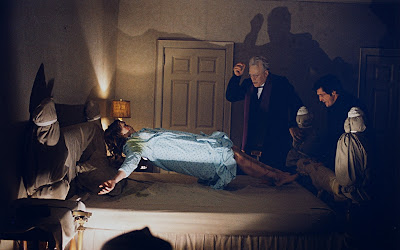 So click on over and read the whole thing here, it's worth it.

Le0pard13: I love your list, and in particular that it finds the space for underrated efforts like Ringu (1998) and The Changeling (1980). But mostly, as I noted on Facebook, I'm happy to see The Exorcist III (1990) appearing on so many lists.

I haven't starting doing the calculations yet, but it's appeared enough times, on enough lists, to suggest that the film has survived its rough 1990 reception, and risen in stature to be considered, well, classic.  Very interesting!

Great list, my friend, and I thank you for another wonderful contribution to The Reader Top Ten.