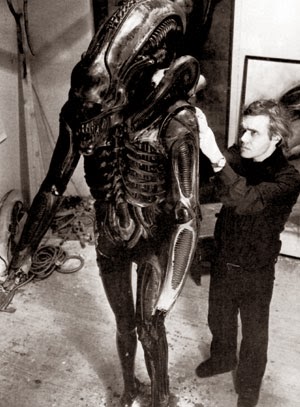 The press is now reporting the death of H.R. Giger (1940 - 2014), the Swiss artist who became world-renowned for his surrealist and bio-mechanics works of art. 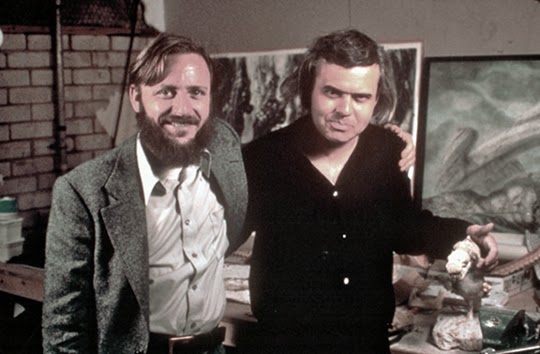 Mr. Giger's unparalleled imagination thus contributed one of the cinema's greatest and most memorable boogeymen.  Before Alien, space monsters were largely less-than-impressive-looking men in bad-fitting monster suits.  With Alien, the paradigm changed dramatically, and these space-bound nightmares became more authentic and terrifying.

Mr. Giger also designed Sil, the alien being in the Species (1995) franchise, and was a conceptual designer on Poltergeist II: The Other Side (1986). His work is evident in the sequence wherein Mr. Freeling (Craig T. Nelson) throws up a rapidly-growing Tequila Worm that transforms into a skeletal Reverend Kane. 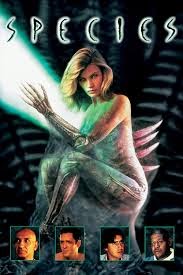 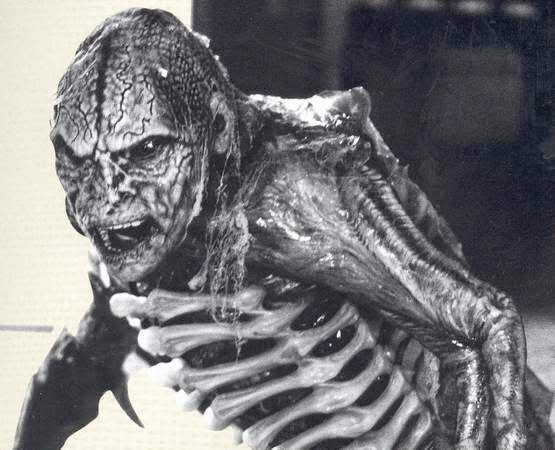 Additionally, Mr. Giger is also famous for his design concepts on the aborted Alejandro Jodorowsky version of Dune. 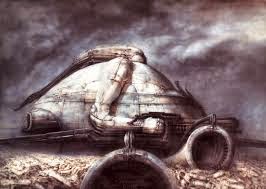 If imitation is the sincerest form of flattery as is often said, then the late, great Mr. Giger has long been flattered indeed.

His signature aesthetic -- the oddly-sexual conjunction of human and machine -- has been copied many times in the cinema and on TV, a sign of his fame, but most importantly his creative imagination and trail-blazing approach.

This visionary will be greatly missed, but his work will live on and be admired and remembered for generations yet to come.
at May 13, 2014

Email ThisBlogThis!Share to TwitterShare to FacebookShare to Pinterest
Labels: tribute 2014