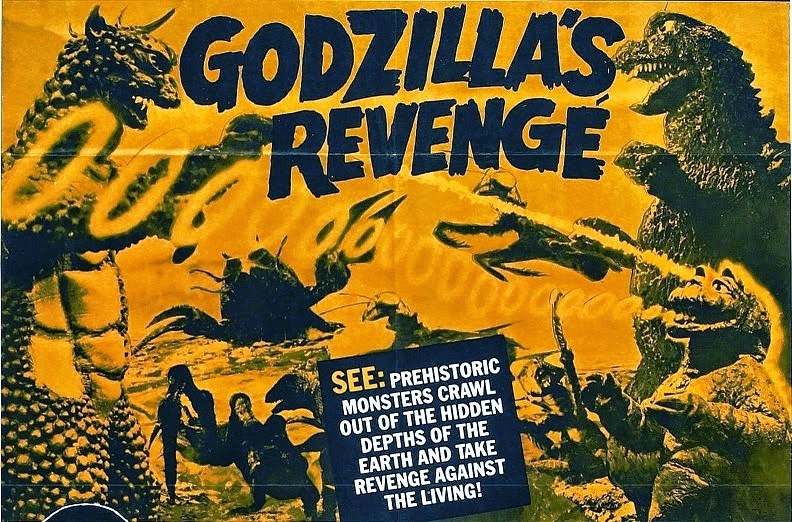 Godzilla's Revenge (1969) concerns a bullied young boy, Ichiro (Tomonori Yazaki) who imagines life on Monster Island because he is constantly bullied in real life by a larger child named Gabara.

On Monster Island, Ichiro befriends Minilla, Godzilla's diminutive son, who is still practicing his atomic fire breath.  Like Ichiro, Minilla is facing down a bully named Gabara, but in this case the bully is a giant blue monster with electricity beams.

Ichiro draws strength from Minilla's travails on Monster Island in his real life, both in contending with bullies...and with deadly criminals. 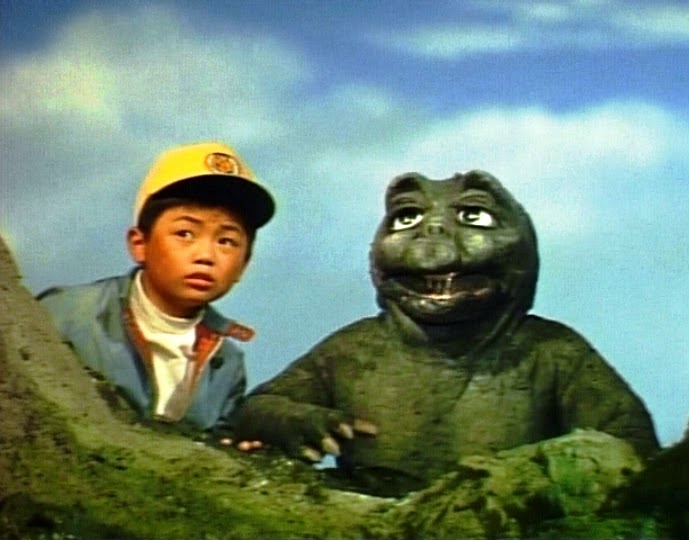 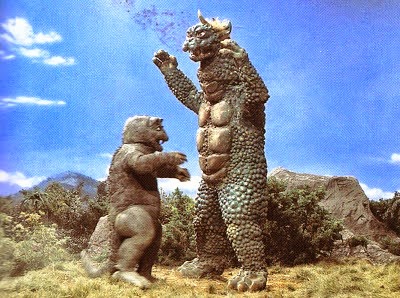 Godzilla's Revenge (sometimes also known as All Monster Attack) is probably one of the most disliked films in the Godzilla franchise, in part because all of the monster scenes can be said to be occurring simply in the imaginative mind of a lonely boy.

In other words, Godzilla and the others aren't "present" in the film except as the figments of Ichiro's imagination.

Godzilla's son Minilla (or Minya) would come to play an important role in Godzilla vs. Mecha Godzilla 2 (1993), Godzilla vs. SpaceGodzilla (1994) and Godzilla vs. Destoroyah (1995) in the Heisei Era.

On the plus side, Godzilla's Revenge reveals some interesting peeks at life on Monster Island, even if it is all but a dream.  We meet Kumonga (the giant spider) and Karacurras (giant preying mantis), for example.

More importantly, however, the (admittedly-minor) film might be commended for embracing the fact that Godzilla, by this point, is a beloved children's figure. Children see him not as a terrible threat or as a rampaging monster, but as a (slightly-awkward...) friend and father figure.  That's where the Godzilla franchise was at this point, and the film explores that more gentle interpretation of the beloved monster.