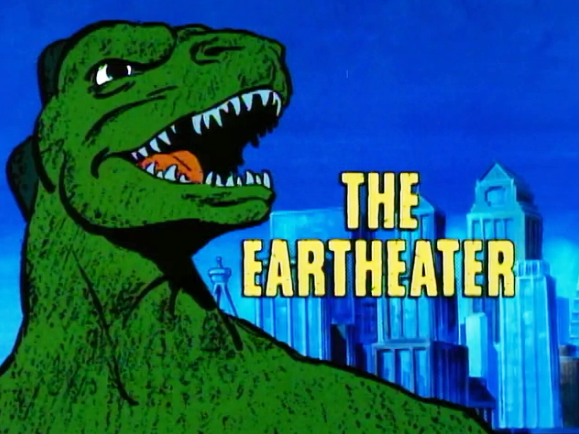 In “The Earth Eater,” the second episode of the Hanna-Barbera/Toho Godzilla cartoon collaboration for NBC, San Francisco is falling into the Earth.  Even the Golden Gate Bridge is imperiled.

Before long, the Calico arrives in the city because Dr. Darrien is scheduled to speak at a scientist convention there.

When the ship arrives, the crew sees that the city is being evacuated, and that people are leaving it en masse. Godzilla arrives to shore up the bridge and save the refugees.

Meanwhile, Quinn and the crew note that some city blocks look normal, while others are now huge sinkholes. Quinn concludes that the city is being devoured one block at a time.

Godzooky and Pete go down into a sink-hole and find out that a light-sensitive goliath -- an “earth eater” -- is the monster responsible for all the destruction.

When the crew loses the Godzilla distress button, it’s up to Godzooky to call to him…and bring the monster to do combat with this new enemy. 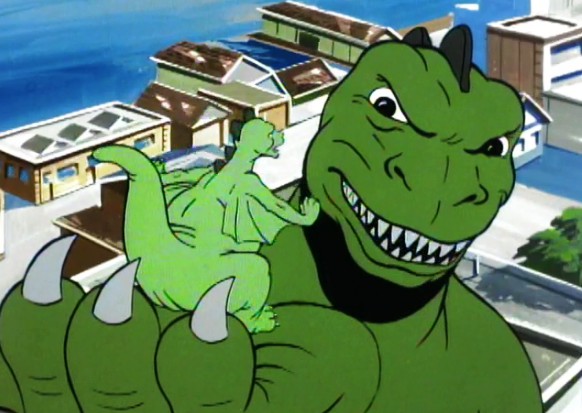 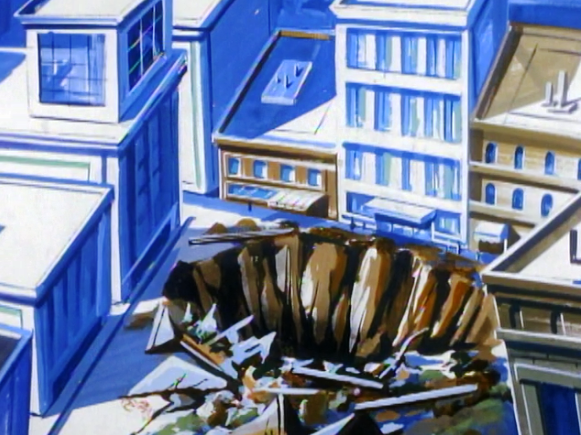 “The Earth Eater” is set in San Francisco (not entirely unlike a game-play arena in Godzilla Unleashed, the 2007 video game…) and the most interesting part of the episode, perhaps, is seeing Godzilla stomp around in these particular American environs.  The episode features views not only of the Golden Gate Bridge, but Alcatraz, Fisherman’s Wharf and the Transamerica Pyramid building.  The city's trademark cable cars also make an appearance as a handy escape vehicle.

As seems typical of the series, there’s no explanation offered why the Earth Eater exists, or why he should appear at this juncture of modern history.  A key aspect of Godzilla’ legend, of course, is that he is an avatar for modern atomic warfare or power.

If the monsters in this cartoon series had similar origins, based on modern life, it would have been far more intriguing and worthwhile.  Today, the Earth Eater could be a byproduct of fracking, for instance, though in 1978, perhaps just irresponsible or aggressive mining.  At least such a story would have a point, a context beyond monsters appearing, and Godzilla pinch-hitting for the imperiled human race. 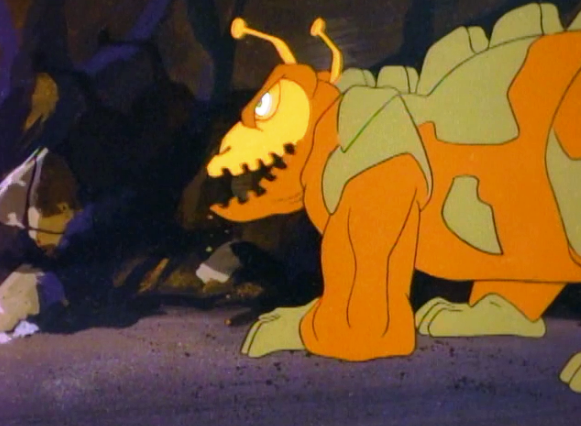 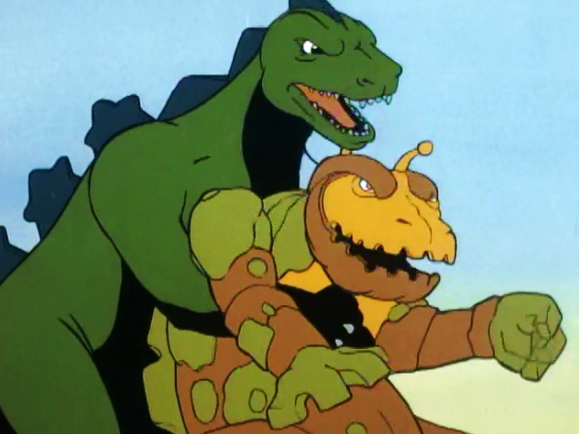 But the cartoon series never strives to offer much contextualization, even though Saturday morning, at that time period in history, often included didactic messages about the environment or appropriate moral/social behavior (see: Land of the Lost).  Here the monsters merely show up, and Godzilla battles them to a stand-still, and then defeat.

The exact nature of the Earth Eater threat is uncertain too.  The creature can shoot beams from his antennae that resemble those telepathic rings that emanate from Aqua Man on The Super Friends.  These beams -- which pulp buildings -- which goes unexplained.

But weirder still than that touch is the fact that “water” is described as The Earth Eater's “natural enemy.”  When the Earth Eater goes into the bay, it is destroyed…transformed into a big mud-slick.

So what does the creature drink, if not water? How does it hydrate itself?  The episode doesn’t do that much thinking about its central threat, and that seems a shame since the series heroes are mostly scientists, who show a curiosity for the world around them.

Finally, a weird adult joke, right under the surface: At one point, Godzilla battles the Earth Eater in front of a sign that reads Butz Root Beer.  Butz? 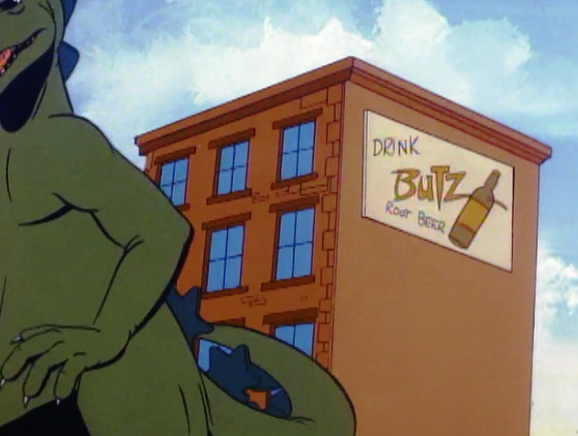