At Anorak: The Devil Made Them Do It - The Five Best Exorcist Knock-Offs 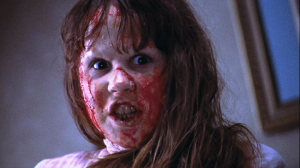 My new article at Anorak is now up. It gazes at the Exorcist (1973) craze of the mid-1970s, and five films that exploited it to strong effect. 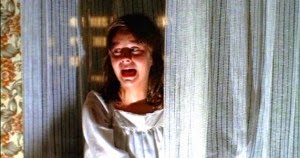 
WILLIAM Friedkin’s The Exorcist — based on the best-selling novel by William Peter Blatty — quickly became one of the first genre blockbusters of the seventies, and a generational touchstone to boot.
The Exorcist also represented a new brand of horror film, in a sense, because it lacked a familiar “monster” like Dracula, the Wolf Man or The Frankenstein Monster, and it didn’t depend on well-known genre personalities, like Vincent Price, Christopher Lee, or Peter Cushing, either.
Accordingly, lines stretched around the block for showings of the horror film on the East and West coasts in America, and everyone seemed to have a very strong opinion about the controversial film, pro or con.
The Reverend Billy Graham, for instance reported that traumatized Exorcist viewers were experiencing “nightmares and problems they never had before.”
Graham’s publicly-expressed fear was that there would be even more psychological damage to Americans if people continued to “flock to the box office” to see The Exorcist.
But while such self-appointed protectors of morality wrung their hands over Friedkin’s masterpiece and its public acceptance, Hollywood filmmakers realized that a large audience was now primed for much more of The Exorcist’s brand of terror.
Specifically, this brand of horror consisted of “normal” Americans unexpectedly encountering the supernatural and/or paranormal, and in the process facing questions of the after-life, and the existence of God…or the Devil.
In the span of a few short years, movie audiences were treated to Exorcist imitations such as Abby (1974), Beyond the Door (1975), The Devil’s Rain (1975), Race with the Devil(1975), The Reincarnation of Peter Proud (1975), The Haunting of Julia (1976), Ruby(1977), and The Legacy (1979).
Below is a list of five of the best such Exorcist knock-offs, in chronological order.  These inventive, well-made films — while no doubt inspired by The Exorcist — also expertly established their own unique  and terrifying artistic identities...
at May 29, 2014

Email ThisBlogThis!Share to TwitterShare to FacebookShare to Pinterest
Labels: 1970s, Anorak, The Exorcist