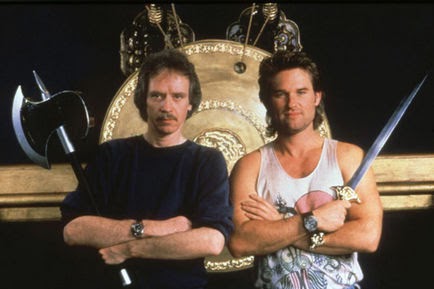 “A successful collaboration between a director and an actor can be a wonderful thing, especially if it takes place over the course of multiple movies. The partnership between two artists grows into a relationship, a bond, and it can make for some awesome movie experiences.  Think about the great director / actor teams of cinema:

- John Ford and John Wayne ("Stagecoach", "She Wore A Yellow Ribbon", "The Searchers")

- Alfred Hitchcock and Jimmy Stewart ("The Man Who Knew Too Much", "Rope", "Vertigo")

So, my question: what's your favorite director / actor team?

(For the sake of argument, let's restrict this to actors who are not playing the same part for a director, i.e. Harrison Ford as Indiana Jones. I think the discussion works best if we look at stand-alone parts, not pieces of a series.)” 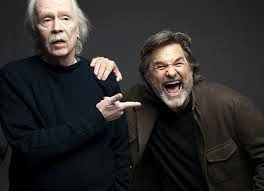 Jason, that’s a terrific and intriguing question, and I love your exploration of the director/actor dynamic.

I agree with everything you wrote on this topic, and you provided some great historical examples.  In short, I believe the director/actor relationship can grow meaningfully project to project, and that it allows each individual to take creative risks that might not otherwise have been available without the collaboration.

Almost always, those risks pay off in terms of great art.

My all-time favorite director/actor collaboration is among those you noted: John Carpenter and Kurt Russell.

I feel that this duo did extraordinary work together, perhaps in part because of their evolving relationship.  I can’t imagine Kurt Russell playing Jack Burton -- a strong comedic role -- for another director, or at an earlier point in his career. The two men seem to have a real bond -- and real trust -- between them, and I think that trust shows in the risks they assumed together, and the ensuing rewards for both.

Before his collaboration with Carpenter, for instance, Russell was known largely for his role in Disney films of the 1970s. Carpenter cast him as Elvis in a TV movie, and then as Snake Plissken…two rather unconventional roles that, in essence, broke the Kurt Russell "mold" of the time.  I would love to see them work together again,.

On the subject of Carpenter, there are two other names I would like to mention briefly. 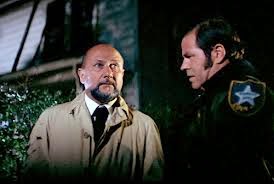 Pleasence and Carpenter worked together on Halloween (1978), Escape from New York (1981) and Prince of Darkness (1987). Pleasence has three different characters there:  a dogged psychologist, a pompous U.S. President, and a doubting priest.  He is wonderful in all three roles, and it is notable to recall that outside the Carpenter milieu of the 1980s, his talents weren’t being used  particularly well.  Outside of the Carpenter films, he starred in stuff like The Pumaman (1980) and Warrior of the Lost World (1983).  So Carpenter’s films really gave Pleasence a chance to tackle top-of-the-line material and some meaty roles.

Carpenter's films frequently possess a lot of cerebral heft, with characters discussing weighty things like psychology, quantum physics or even the nature of evil. Pleasence's memorable voice and unique cadences brought life to Carpenter's dialogue in a way that I found not only pleasing, but unforgettable.

In short, I could listen to Pleasence giving voice to John Carpenter's words all day -- every day -- and not get bored.  It was just a magical combination. 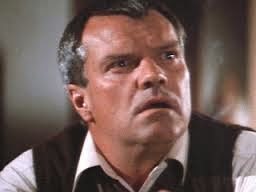 Peter Jason can play big and blustery, bureaucratic and official, wounded or hurt, and even funny with equal skill.  I love his performance, in particular, in Prince of Darkness. There's a scene there where he blows his mouth like a trumpet and breezes into a scene, and it establishes the reality of his character brilliantly. I think he delivers, every time, exactly what Carpenter needs and wants.
Outside of the world of John Carpenter, I have some other favorites too. They worked together on Body Double (1984), Raising Cain (1992), Femme Fatale (2002) and The Black Dahlia (2006). De Palma almost universally utilizes Henry as some kind of Loki or mischief figure that you can’t quite bring yourself to trust. He’s a villain who might be good, or a policeman who might be bad.  Henry's characters walk a kind of gray area of morality in the De Palma canon, and I always enjoy watching the actor chart that trajectory. 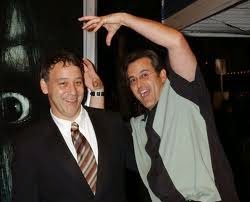 And finally, though it bends your established rule a bit, I am enormously fond of the Sam Raimi/Bruce Campbell collaboration.

Campbell doesn’t always get big roles in the non-Evil Dead films, but Raimi almost universally gives his long-time buddy something memorable to do, and Campbell always holds the screen with his larger-than-life charisma and personality.  I suspect that the collaboration with Raimi has not only taught Campbell how to front a massive special effects spectacular, but also make the absolute most of out minimal screen-time.