At Anorak: "All Broken Up Inside: The Five Most Shocking Deaths in Cult-TV History 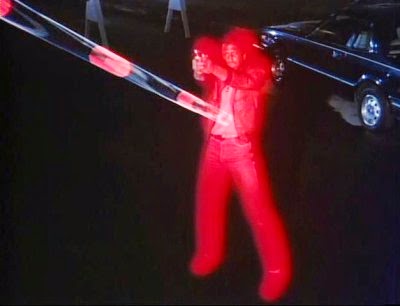 
WILLIAM Shakespeare once wrote that “the valiant taste of death but once,” while cowards die “many times” before their actual demise.

Audiences of cult TV classics might also be said to die many times too, especially if they watch and re-watch beloved characters die in their favorite genre programming.

Over the years, a number of beloved series characters have been unceremoniously offed by series writers, only to leave grieving audiences in shock at their passing.

At least for the most part, these characters died heroically –or valiantly — though that was not always the case, either.

Sometimes, prominent characters deaths prove so shocking because they occur within no larger heroic or meaningful context…and seem — like life itself — utterly random.

Listed below are five examples of the most shocking character deaths in cult-tv history.

Email ThisBlogThis!Share to TwitterShare to FacebookShare to Pinterest
Labels: Anorak