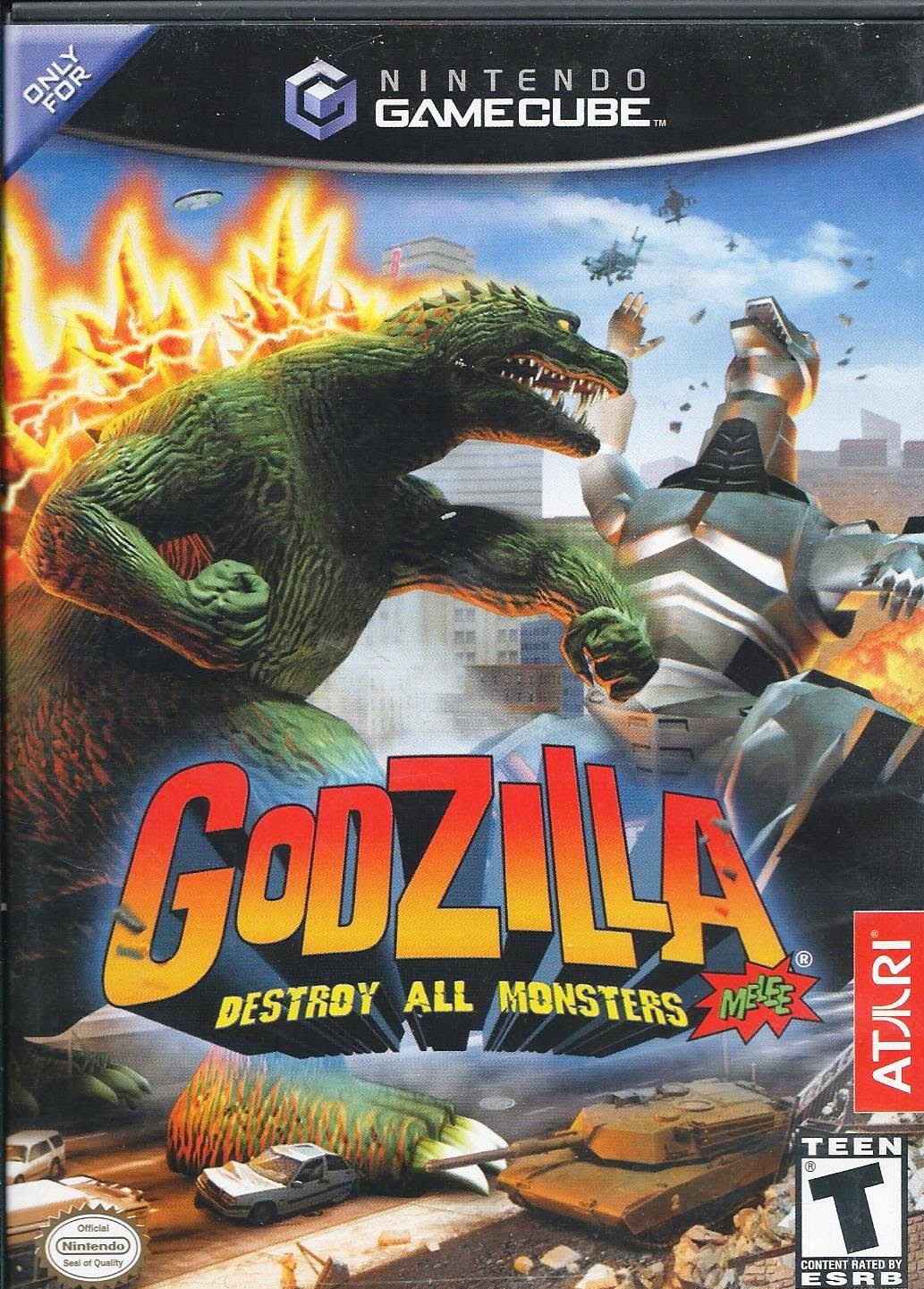 There are two reasons I keep my Nintendo Game Cube hooked up in 2014.

The first is The Simpsons: Road Rage, and the second is this great game, Destroy All Monsters Melee.

Many a school morning, Joel and I race through breakfast, and then play a couple rounds of "versus" in this Atari game.  I almost always play Godzilla (1990s), and Joel likes to play Megalon. If Kathryn joins in for a melee round, she teams up with Joel as Anguirus.

I know that technology has passed this video game by, but it remains awesome, over a decade later.

On each level, players fight one another, and compete to get the Mothra power. If you get it, Mothra flies overhead repeatedly and pulps your enemy.