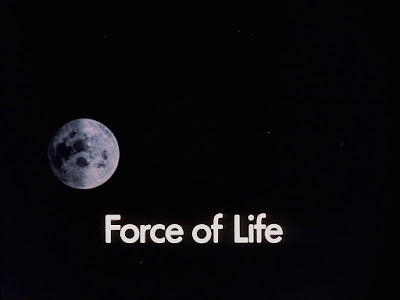 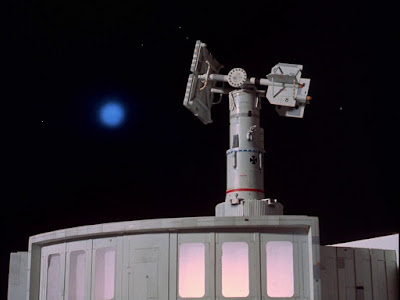 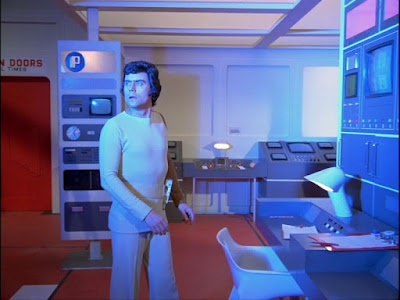 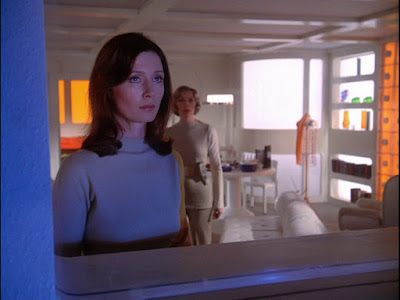 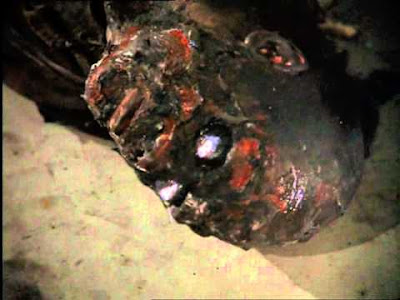 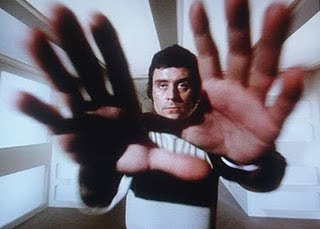 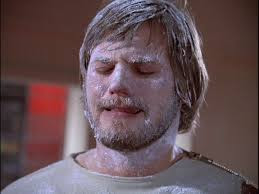 If all those questions had been addressed, the mystery would vanish, murdered in the rush to find an authentic-sounding scientific explanation or some pat psychological motivation for something that -- to the Alphans -- should remain inexplicable. There would be no room for horror, no space for awe, and thus no sense that the Alphans are strangers . in a strange land.  And that's the very thesis of the program.  "Force of Life" delivers that thesis in near-perfect format.

After you watch it, you might look up at the stars and shiver. There are things up there we can’t even imagine, and every now and then science fiction TV programming has a duty to look beyond laser duels, tales of good vs. evil, or metaphors for our political world, and focus instead on the universe of mystery inherent in the cosmos.

That’s precisely what "Force of Life" accomplishes, and the genre is stronger for it
at September 10, 2019