The Evil Touch: "A Game of Hearts" 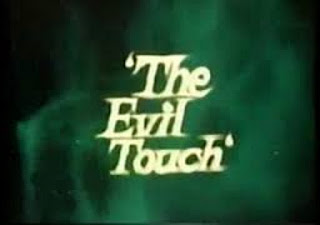 In “A Game of Hearts,” heart surgeon Dr. Thomas Sullivan (Darren McGavin) performs heart transplant surgery, and removes a healthy heart from a donor named Gabor Skorzeny. Before Skorzeny goes under the knife, however, he still seems to be breathing, an act that Sullivan rationalizes as an “involuntary reaction.”
After the surgery is complete, Dr. Sullivan begins to receive harassing phone calls from a man claiming to be Skorzeny. Croaking out the word “Doktor,” Skorzeny asks him why Sullivan stole his heart. Terrified of his stalker, Sullivan goes to a cemetery and discovers that Skorzeny still lives, and that he wants his heart back. Or worse, he wants Sullivan’s… 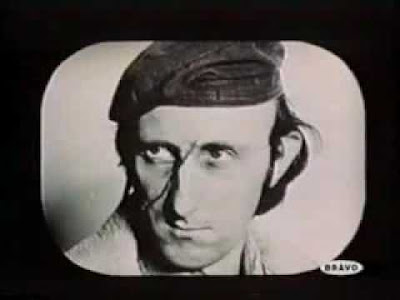 One of my pet theories about the horror genre (at least applied to film and television; not necessarily books), is that it is often like a dream, or possesses dream/nightmare logic. “A Game of Hearts” is an utterly irrational, some might even say “ignorant” story, and yet it succeeds largely on the basis of its weird, dream-like horror. If you’re looking for an Evil Touch (1973) story that makes linear sense, this isn’t it.
“A Game of Hearts” is irrational because a man without a heart cannot live, and certainly can’t go out in search of his missing heart, right?  And “A Game of Hearts” may be ignorant too, because the idea here seems to be that Sullivan is a bad man for pushing the boundaries of science and going ahead with the donor surgery, as if it tampers in God’s domain to cross this frontier.
The narrator, Anthony Quayle, even opens the segmen twith a quote from Machiavelli that “all men are naturally bad” and they will “yield to passions.” Applied to Dr. Thomas Sullivan, that means, I suppose that he is too ambitious for his own good, crossing thresholds that shouldn’t be breached. 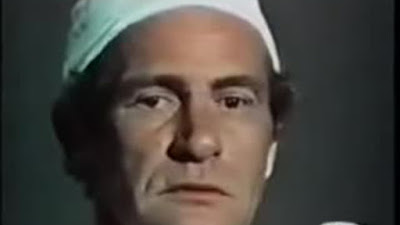 But really, if the text of the episode is to be believed, Sullivan didn’t have much of a choice. He’s basically presented with a patient at the start of the narrative, and also with a donor, Gabor Skorzeny. He didn’t choose the patient, or Skorzeny. He just went ahead with the operation, as it was scheduled,
But “A Game of Hearts” doesn’t pause much to consider logic, good taste, or realism. Instead, it presents an absolutely terrifying specter in the thickly-accented Skorzeny, who keeps coming, Terminator-style, for Dr. Sullivan. He wants his heart back, but he’ll settle for Sullivan’s. No, I readily admit it: this scenario doesn’t make sense. A dead man wanting his heart back? Why? Because, if he is dead and still ambulatory, what help would another heart be to him?  Because, if he is alive, and missing a heart, he should be dead, right, and can’t possibly do the things he does?
The entire story is irrational and dream-like. Some may just say the story is bad, and I’m giving a weak installment too much credit. But “A Game of Hearts” is filmed with visual bluntness, at night, and moves at a commendable pace as Sullivan discovers that reality isn’t what he makes it out to be. There’s a low-budget energy about the whole affair that makes it compelling even as the audience is aware, constantly, that the narrative makes no sense. For me, “A Game of Hearts” works because it lapses into this particular un-reality, where logic and reason are absent, replaced only by terror. Skorzeny’s thick, accent, and foreignness adds to the quality of him being not quite right, not quite real.
A final note. Horror TV fans may recognize the name Skorzeny.  That was also the name of the vampire Darren McGavin battled in 1972’s hit made-for-TV film, The Night Stalker.  In both productions, McGavin and undead monster become locked in mortal combat by moonlight. Only here, McGavin’s character loses the fight.
at September 17, 2019