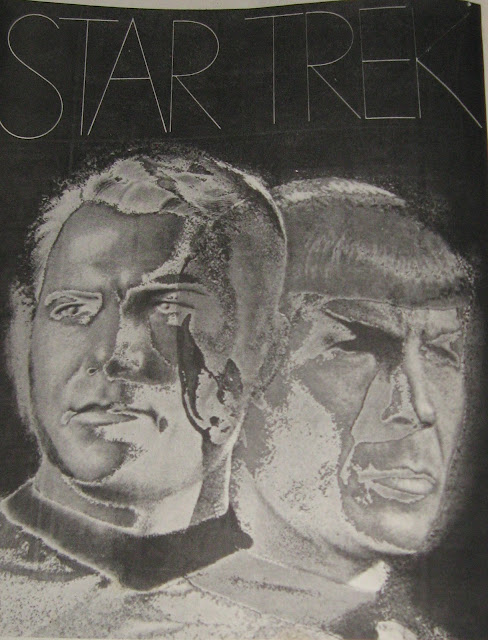 I've written here before about my enduring love for The Best of Trek Signet Books. These are compilations from Trek Magazine, featuring the best articles and features from that periodical.

It was purchased at a convention by a friend of mine, David in high school.  We were in marching band together, and when he found out I was a Star Trek fan, he gave it to me. 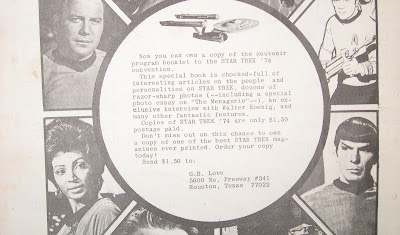 So the magazine is forty plus years old, and I've had it in my collection for twenty-five years and counting.  It's a little stained and wrinkled in places, for sure.

But I am posting some photos from the magazine today anyway, so you can get a sense of Trek fandom, pre-Internet, pre-Starlog Era, even.

One feature in the magazine is "Starship Chronicles," which is a kind of pictorial re-cap of a particular episode.

The episode covered in this issue is "Arena" (the one with the Gorn). 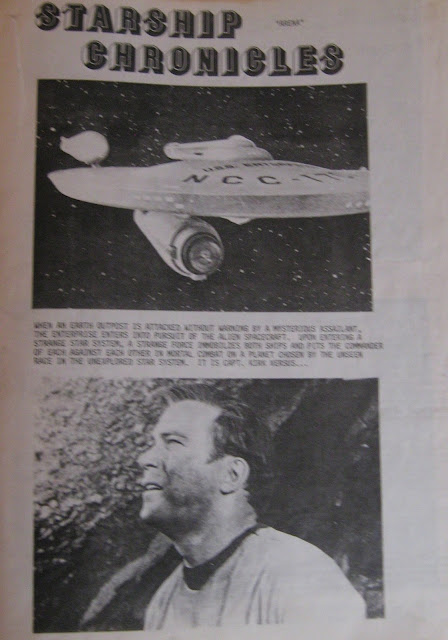 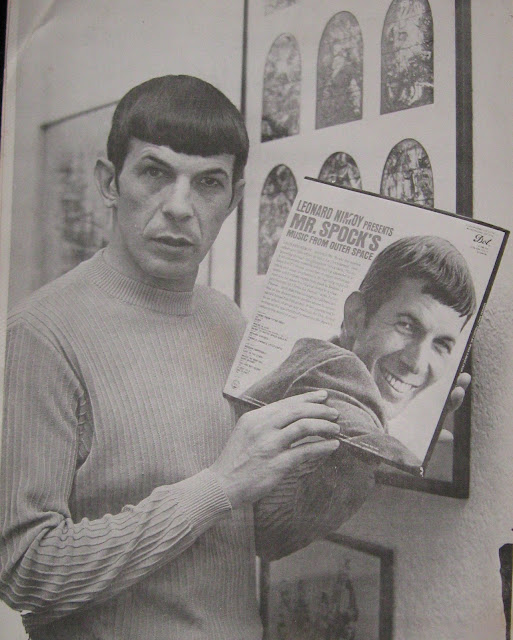 I also find the ads -- from the Star Trek "Super Sales Center"--  in the magazine extremely "fascinating" (to appropriate some terminology from Mr. Spock).

Imagine, for a moment (or should I say, remember...) a time when you could still order all those items and not pay crazy collectible prices for them... 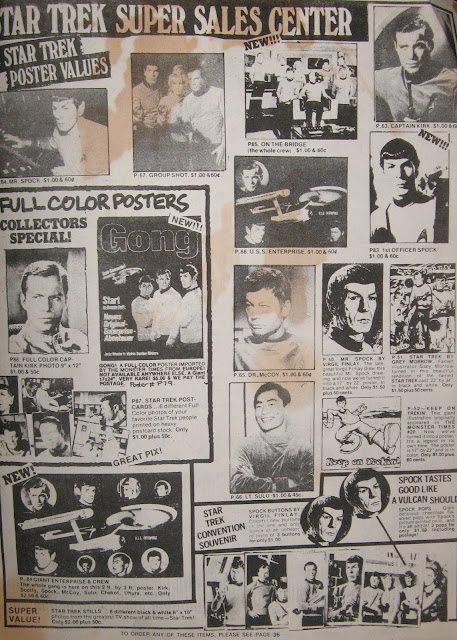 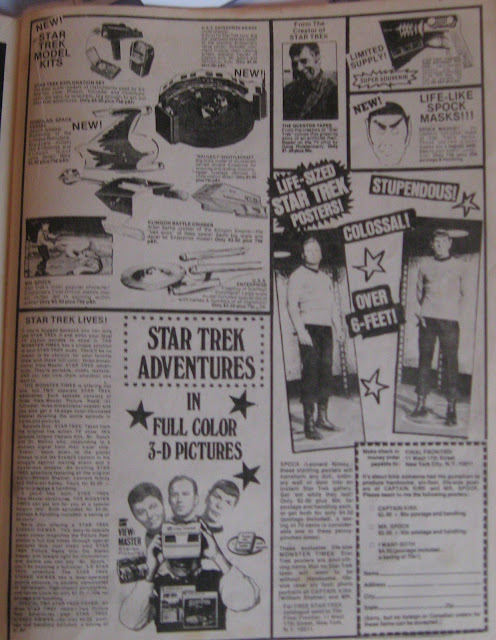