The Man from U.N.C.L.E. Introduction 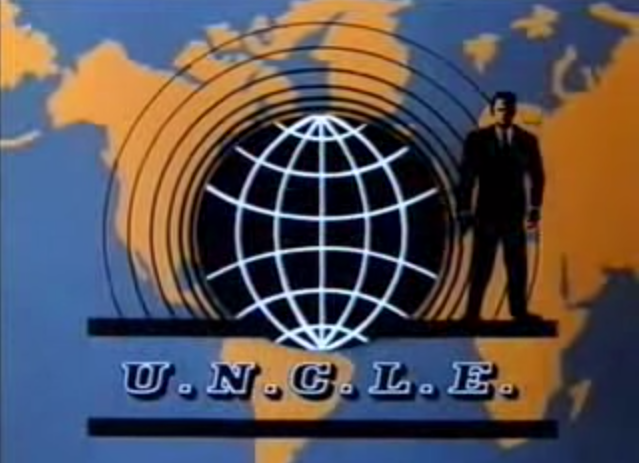 When the James Bond craze was at its zenith (with the release of Goldfinger [1964]), NBC aired The Man from U.N.C.L.E. (1964 - 1968), a hit TV series about suave spies, cool gadgets, and diabolical villains.
In terms of attractive secret agents, The Man from U.N.C.L.E. gave audiences two such personalities: American Napoleon Solo (Robert Vaughn) and Soviet Illya Kuryakin (David McCallum).
One gadget they used was a communicator or radio pen ("Open Channel D,"), and these masters of espionage often battled an organization reminiscent of S.P.E.C.T.R.E., called THRUSH.
Bond's creator, Ian Fleming had a hand -- along with Norman Felton and Sam Rolfe -- in shepherding The Man from U.N.C.L.E. to broadcast, and the series ran on NBC for four seasons and 105 hour-long episodes.
Intriguingly, the series' central organization U.N.C.L.E. (United Network Command for Law and Enforcement) was international in nature, not nation-based, meaning that this series arrived in a less paranoid age than our own, before conspiracy theories about the U.N. and a "One Government" world ran rampant.
In other words, even series and films about spies made during the height of the Cold War (such as From Russia with Love and U.N.C.L.E) were actually hopeful that nations -- including enemies like the U.S. and the U.S.S.R. -- could work together in peace, instead of fearful and cynical that our own governments were working together to enslave the population.
Instead, that task fell (on the series) to the clearly evil THRUSH.
The global nature of U.N.C.L.E. is apparent immediately from the color montage that opens the series in its second season. Right off the bat, we get a view of a world's continents and oceans, and the title words burst toward us, at the screen, one at a time. 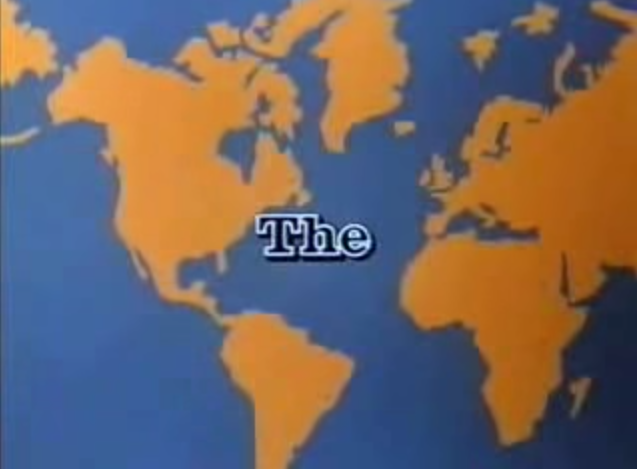 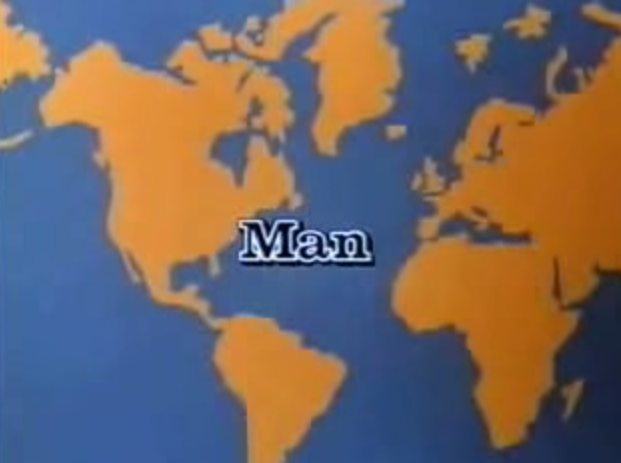 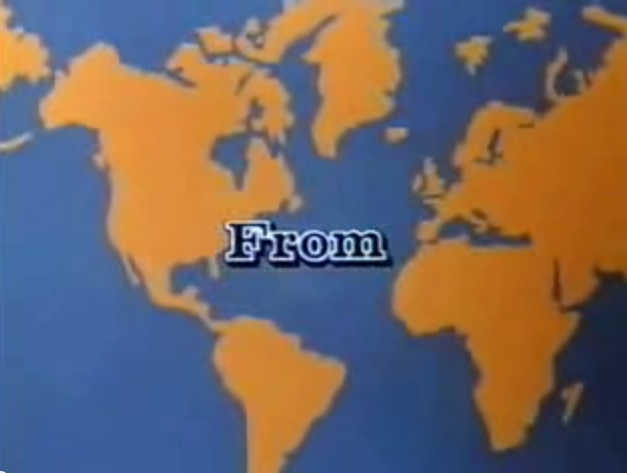 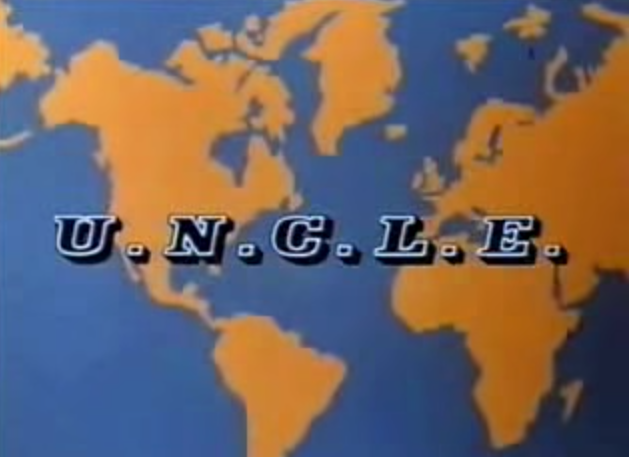 Over the image of Earth's nations (again, all of them) is stamped the logo of U.N.C.L.E..
That logo shows a well-dressed man ready to go into action to protect the globe, which is also featured.
Once more, the notion here is that mankind's rival nations and ideologies can team up to fight a truly evil organization, in spite of philosophical differences.

Next we meet our two stars, who are playing spies from rival nations, but also -- importantly -- partners: Napoleon Solo (Vaughn) and Illya Kuryakin (McCallum).
Ironically, especially given the fact that the show is American in conception and broadcast, it was Kuryakin -- the Soviet -- who became the series' breakaway character and heart-throb. 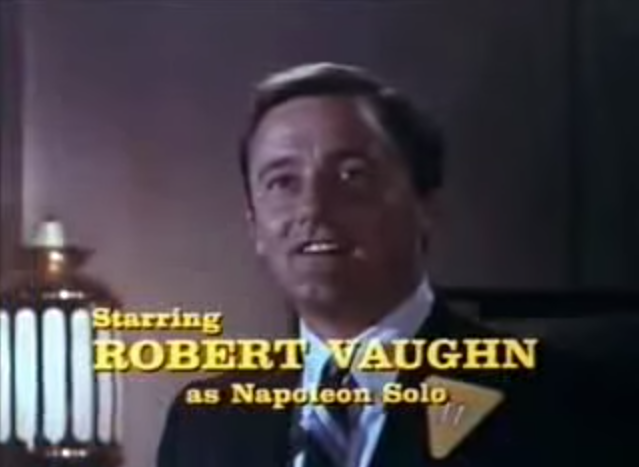 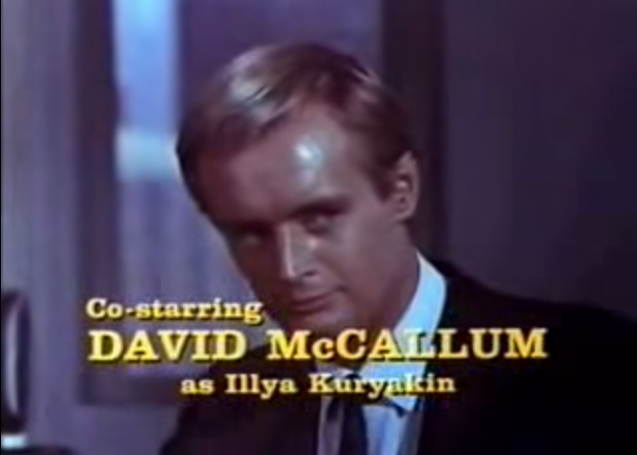 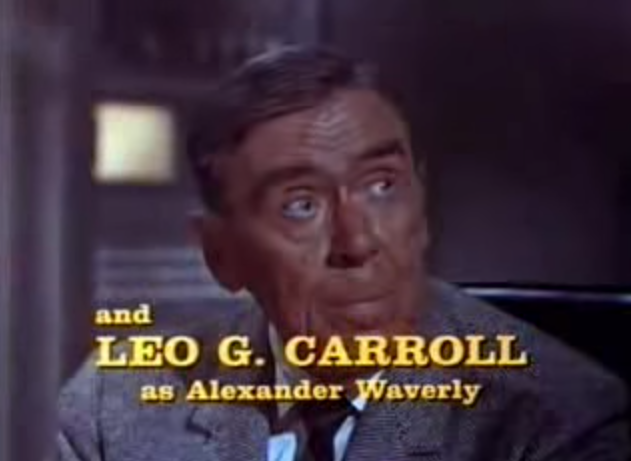 The montage ends with a blur of lights (not unlike the flashing transitions of Adam West's Batman [1966 - 1968]), and then each individual episode features a title card that names guest stars, and depicts imagery of them action. 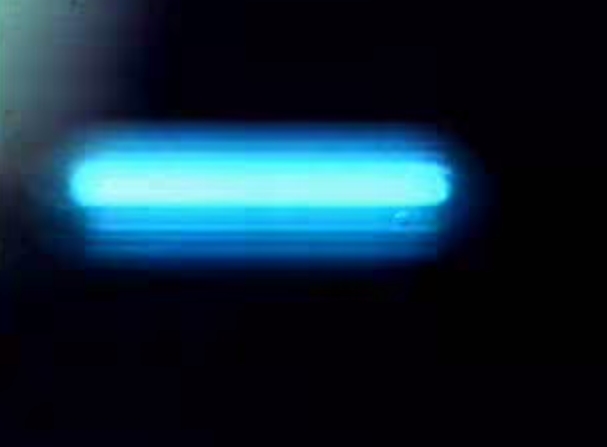 The imagery for this introductory montage is simple, for certain, but it gets a message across nonetheless: we are about to participate in an adventure that spans continents, and which involves cooperation as much as conflict.
Today, a certain segment of the American population would probably freak out in the belief that a series like this is U.N. propaganda, a tool designed to rob of us of our sovereignty (not to mention our guns). It's a shame.
It will be intriguing to see how the new movie re-boot of The Man from U.N.C.L.E. contends with these cultural changes, or if it addresses them at all. The film looks to be set in 1963, during the height of the Cold War, so Ilya will still be a "Cold Warrior."  But audiences have changed a lot.

All four seasons of intros from The Man from U.N.C.L.E. are featured below: