Land of the Lost: "Ancient Guardian" 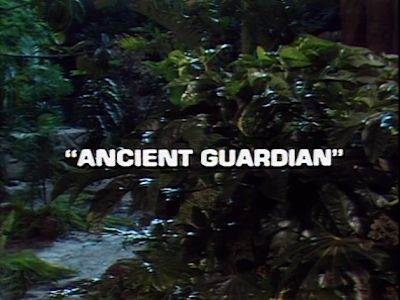 Is it wrong to observe that as the third season winds down, the Marshalls in the Land of the Lost (1974 – 1977) are starting to seem increasingly unlikable?
In “Ancient Guardian” for example, the family happens upon a strange Altrusian statue while out on a hike, and decides to take it down and bring it back to the temple for examination. 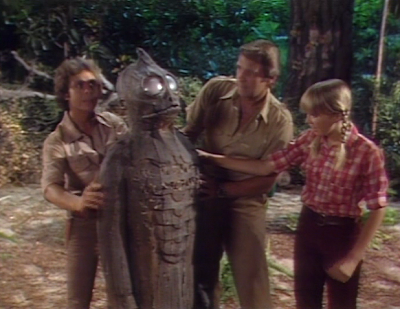 By removing the statue from its perch, the Marshalls unloose a hairy Yeti-like creature (though explicitly not the yeti-like creature seen in “The Abominable Snowman”) upon the Lost City.  The beast goes on a violent rampage three and in one scene breaks into the Sleestak nursery where it starts breaking and devouring the eggs of their young.
So, just because they were curious, the Marshalls initiated a chain of events that ends with the death of Sleestak young.
If you were a Sleestak, wouldn’t you have a tough time getting past this particular incident? If bad blood existed between the humans and Sleestaks in Altrusia before this episode, then certainly “Ancient Guardian” augments it. And in point of fact, the Sleestak have a point this time around.
The worst part of this dynamic is that the Marshalls show no awareness what they have done, and don’t even apologize for the fact that their actions caused this problem. Instead, as Will breaks into song one more time, Jack observes that maybe the Marshalls should leave things alone that they don’t understand.
You think?
This is a bizarre inversion of the Land of the Lost’s long-standing conceit that we all must be shepherds of the environment around us. Previous seasons saw the Marshalls correcting imbalances and recognizing their role in the scheme of things. Here, the breach is repaired, but the Marshalls show no remorse.  They caused a terrible, mortal imbalance, and it’s just, well, no big deal, right?  Jack, who dismisses Enik’s fears about the monster as “Sleestak Myth” certainly owes the Altrusian an apology.
The most enjoyable aspect of “Ancient Guardian” involves the nifty Altrusian statue itself. As the Marshalls learn, it is an Ancient relic and thus possessed of advanced technology. In particular, it harnesses and focuses solar energy so as to fire a heat beam at the valley where the monster lives, thus keeping it from journeying into the valley. I always find Land of the Lost intriguing when aspects of Altrusian technology and civilization are revealed and explored. 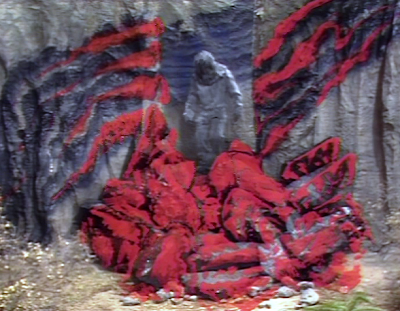 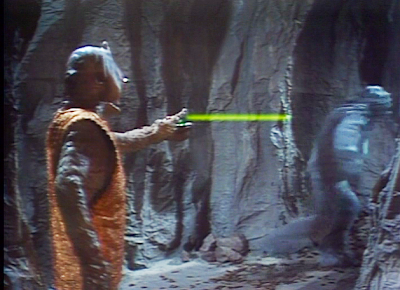 What doesn’t work so well, again, is the depiction of Enik (Walker Edmiston). Here, he calls the Yeti “the hairy monster,” or “the monster,” which just sounds ridiculous coming from someone of his advanced intellect. Lines of dialogue like “The Monster Comes. It is the Hairy One,” are difficult to take seriously, and diminish Enik’s dignity.
And one has to wonder why Enik reveals such little curiosity regarding the inscriptions on the statue, since they originate directly from his culture.
at February 27, 2021