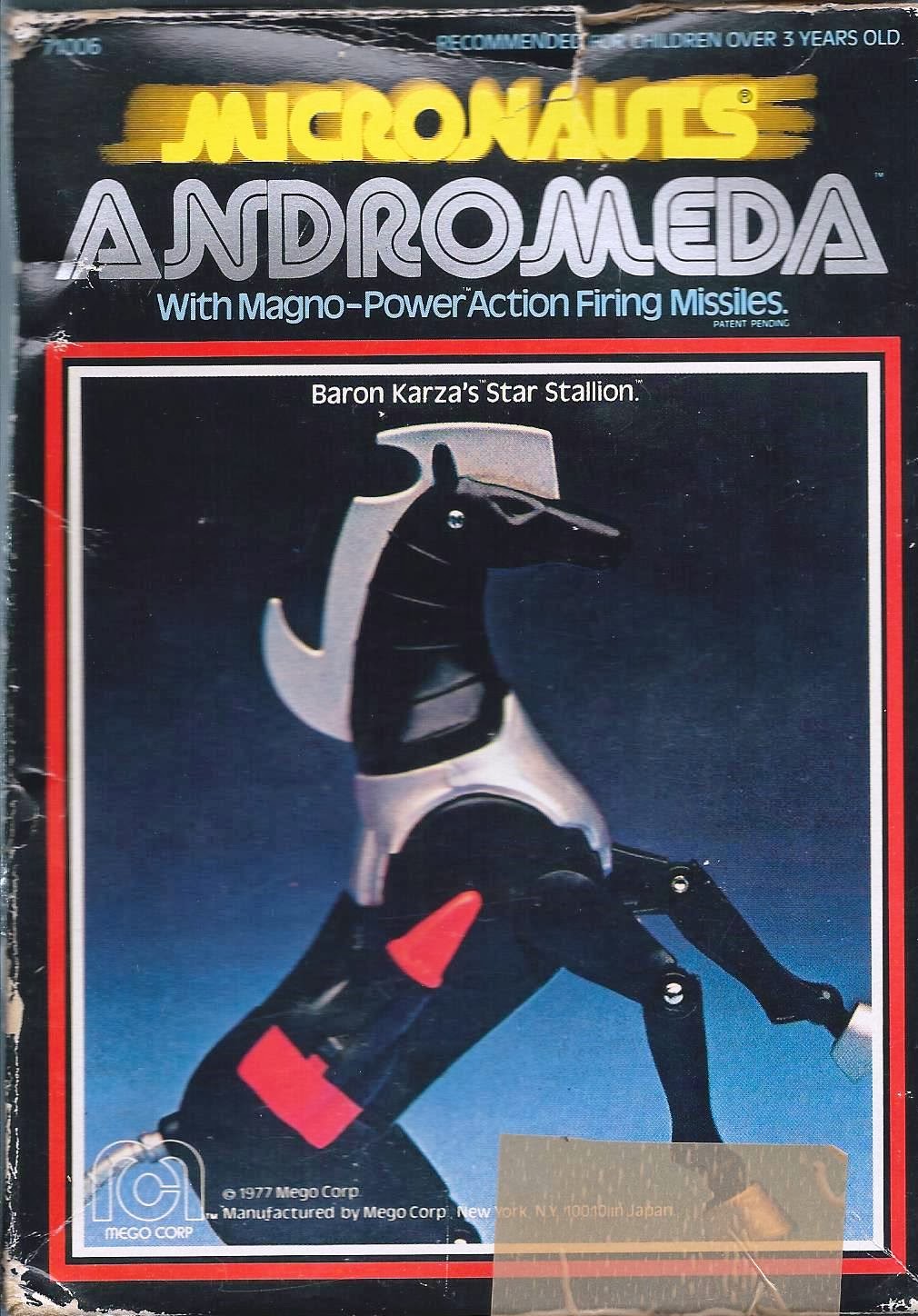 This is Baron Karza's "Star Stallion," with "magno-power action firing missiles."  The great thing about this horse is that he could be combined with Baron Karza to become an "Evil Centaur."  Also, you could remove Andromeda's legs and give the animal...wheels.

On the side of goodness was Baron Karza's opposite, Force Commander.  Force Commander rode a white steed named Oberon, and could also combine with his rider to become a centaur. 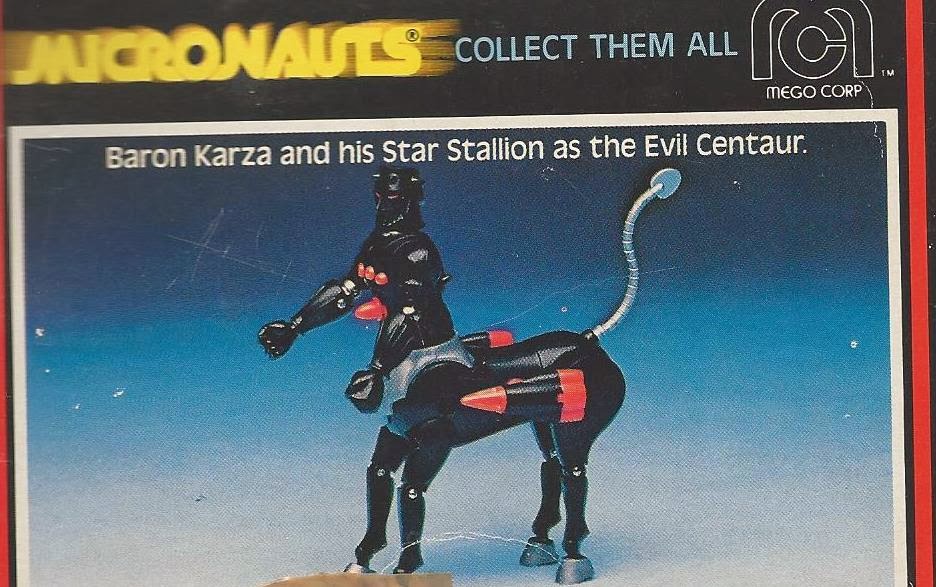