Ask JKM a Question: The Mummy and Dark Universe? 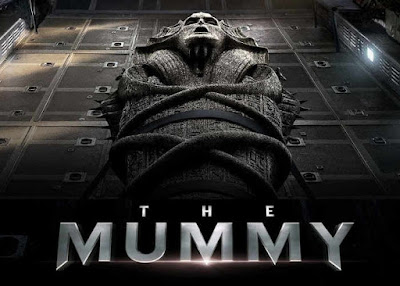 “Have you seen The Mummy (2017) yet, and if so what are your thoughts on it, and the genesis of the “Dark” Cinematic Universe?” 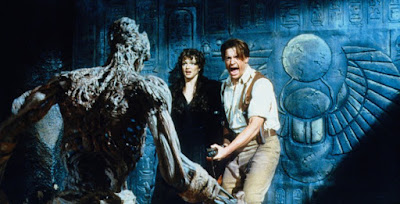 That is an excellent question, David. Thank you for asking me.

I have not seen The Mummy at this point, but I will definitely see it eventually, probably when it is available to stream at home.

I should state, right up front, I am not generally a fan of Mummy movies that concentrate more on action and thrills than on blood-curdling horror.

For me, growing up, the Mummy was a “horror” character, and a scary one at that. The modern action take on the character -- whether fronted by Brendan Fraser or Tom Cruise -- does not interest me much. I didn’t like the 1999 The Mummy’s take on the famous character at all, so this isn’t necessarily a dig against a new film I haven’t seen yet, just a matter of personal preference. 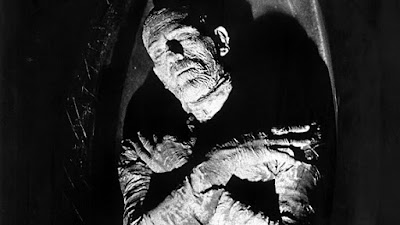 Regarding the “Dark” shared universe, I have to write that, initially, I don’t care for the name of the bloody thing.

At this point in the cycle of studio blockbuster history, the word “dark” is just too generic and commonly-used to symbolize anything specific, or intriguing, or even sinister. We’ve had dark knights and their rise, we’ve visited Thor’s dark world, and traveled into darkness with Star Trek. Calling the Universal Monsters Shared Cinematic Universe a “dark” one suggests, at least to me, that not much good thought has gone into the reasons to revive these monsters in today’s climate.

I know, of course, there is a monetary reason for such a revival.

I’m writing here about the artistic reasons. I love characters such as Dracula, the Wolf Man, the Invisible Man, the Bride of Frankenstein, the Mummy and The Creature from the Black Lagoon, and I am not at all averse to seeing their stories retold in updated fashion, if done so with intelligence and atmosphere. The previews I’ve seen of The Mummy aren’t encouraging on these fronts, but again, I don’t want to judge a book by its cover. It’s very possible I will enjoy the movie, or find value in it, when I watch it in full.

But I can’t say, honestly, that I have a lot of interest in an “action” version of The Bride of Frankenstein, or Creature from the Black Lagoon, for example.

Similarly, I would not want to watch an “action” Freddy Krueger movie, or action Michael Myers movie. All these characters belong to the horror genre, and they exist inside the parameters of that genre. I believe someone could indeed make an intelligent, new version of these creature features of old, but I don’t have confidence that “action” is the best route to take. Creatively -- artistically -- I believe it is a mistake. 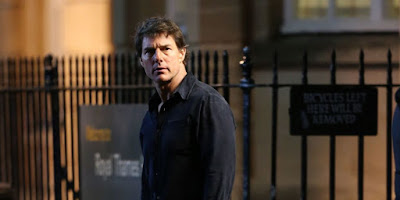 Similarly, I don't like that these films are going to be fronted by "big" stars such as Tom Cruise, or Johnny Depp.

For me, the monsters themselves are the stars of these films, and it isn't necessary to pay an "A" list actor like Cruise or Depp for the project. In fact, I feel that their presence actually distracts from the monsters, and changes the nature of the beast, literally.

If action is to be the primary direction of the franchise, I just can’t see how these timeless creatures will benefit much from a 21st century re-paint. The new monsters will just be effects. Yet if you go back and watch the Universal Monster films of the 1930’s and 1940’s, you can detect that the stories and antagonists are grounded in character and humanity, not effects work.

I should be incredibly excited about a cinematic revival of the Universal Monsters, and perhaps I will be, after watching The Mummy.

But I feel, at this point, that a new shared cinematic universe needs to be more than expensive action-fantasy, fronted by box office stars. If the monsters must be brought back, the filmmakers should do everything possible to meaningfully update them, making them relevant to the fears of today.

And most of all, they must make them scary again.  That the franchise opens with action -- and with Tom Cruise -- is, to me, a warning sign that these monsters aren't really well-understood or appreciated by the filmmakers involved.

Don’t forget to ask me your questions at Muirbusiness@yahoo.com
at June 12, 2017