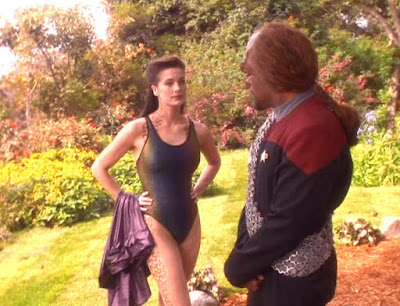 A bathing suit or swim suit is a garment designed for use in the water.

It's nearly summer now, so everybody is feverishly getting in shape to show off swim-suit bodies, and that ritualistic showcasing of the human physique is actually a regular occurrence in cult-TV history.

Of course, sometimes a swim-suit is a joke, not a turn-on.

In Batman's third season episode, "Surf's Up, Joker's Under" (1967), for example, both the Caped Crusader (Adam West) and The Joker (Cesar Romero) don swim trunks...over their costumes, for a surf contest. 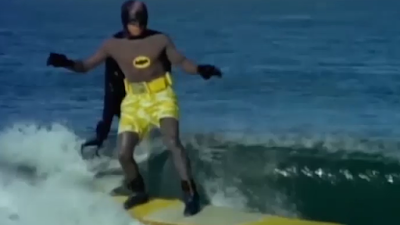 Gerry and Sylvia Anderson's Space:1999 (1975-1977) featured skimpy swim-suits in both Year One, and Year Two, notably in episodes concerning the area of Moonbase Alpha called the Solarium. 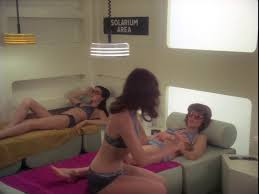 There, in "Force of Life," and "The Taybor," extremely beautiful Alphan technicians were seen in bikinis, maintaining their tans...in the distant reaches of space. 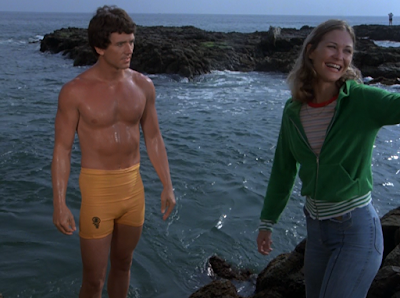 Mark Harris (Patrick Duffy) in The Man from Atlantis became well-known in the mid-1970's for his trademark yellow swim trunks, which were worn in every TV-movie and every series episode, in part so underwater swimming scenes could be re-used as stock footage. 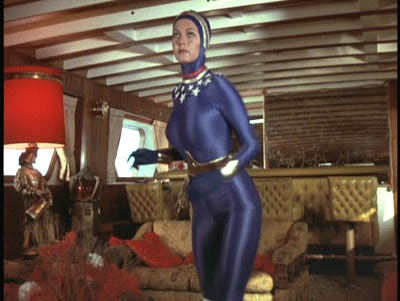 Lynda Carter's Wonder Woman also had a unique swimsuit in the 1970's, a skin-tight, body-hugging blue one-piece that accentuated the character's physical fitness. 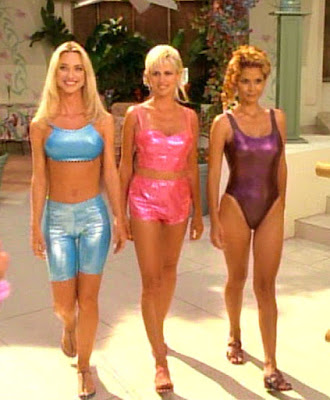 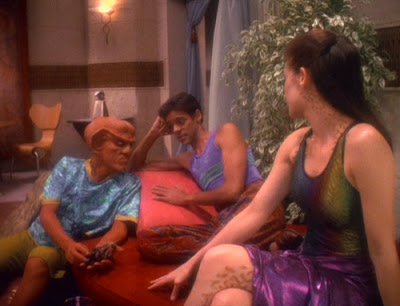 In the 1990's, Star Trek characters got into the swimsuit fun on more than one occasion.

Jadzia Dax (Terry Farrell) showed off her trill leg and neck spots in a one piece suit in the Deep Space Nine (1993 - 1999) episode "Let He Who is Without Sin."  And much of the cast of Voyager (1995 - 2001) wore bathing suits in a holodeck resort program seen in such stories as "Warlord."

Over the decades, even speedo bathing suits have had their day in the sun (!).