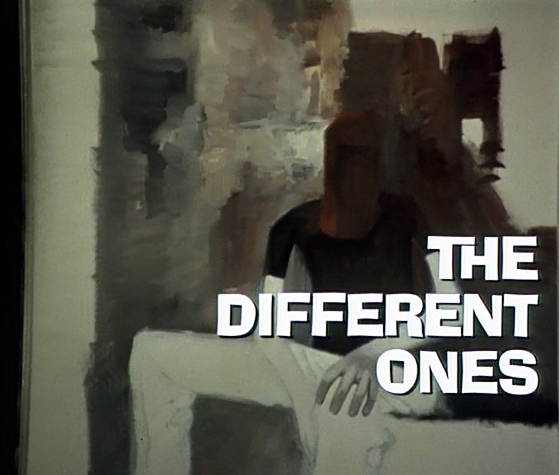 The Night Gallery episode “The Different Ones” serves as an adequate -- if not inspired -- companion piece to the famous The Twilight Zone episode “Eye of the Beholder.”
You may recall that “Eye of the Beholder” concerns a desperate woman -- with her face in bandages -- who believes that she is ugly.  She has had a few operations already, to make herself more attractive, but they’ve all failed miserably.
When the bandages come off, however, the viewers see that the woman is absolutely beautiful by our standards.  The rest of the world -- the doctors and the nurses -- are hideous by comparison.
And yet because the staff represents the “norm” in this society, they are considered the pinnacle of aesthetic perfection.
In Night Gallery’s “The Different Ones” -- a story set a few decades in the future -- a boy named Victor is physically repugnant by normal or typical human standards. He sits in his room all day with his head under a black bag, while the neighborhood children shout at him from the front yard.  They call him a “freak” and “ugly.” 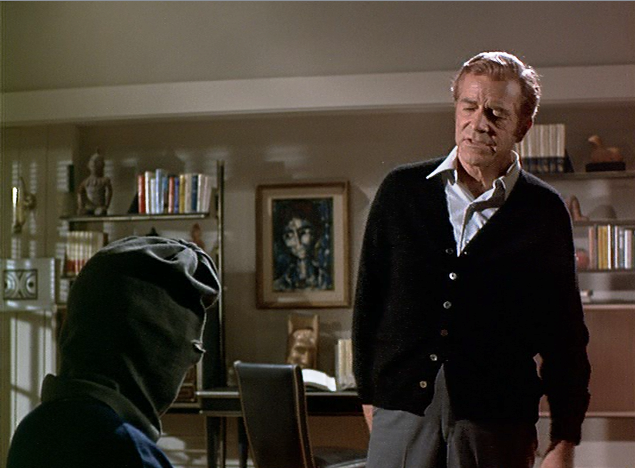 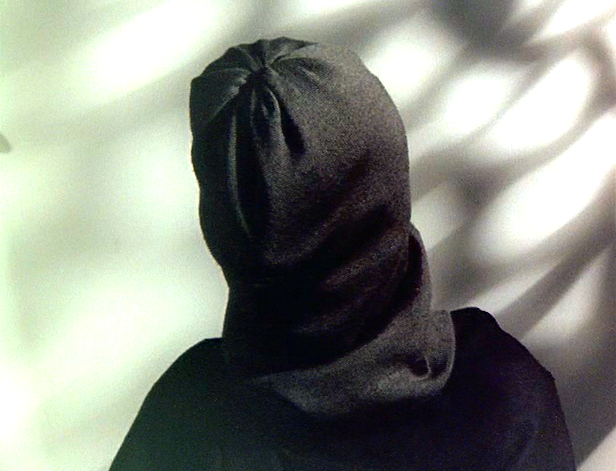 Victor’s father, Paul Koch (Dana Andrews), is desperate to help his derided son live some semblance of a normal life, and contacts the government for help
Although nothing can be done for Victor in terms of surgery, he can -- pursuant to the “Federal Conformity Act of 1993” -- be relocated to another place…another planet.
In this case, a planet called “Borean” is extremely anxious for visitors from Earth.  So Paul says goodbye to his son, and Victor finds, on the distant world, that he is no longer considered ugly…but beautiful instead
The similarities between “The Different Ones” and “Eye of the Beholder are worth noting.
In both stories, the main character spends significant running time with his/her face shrouded from the audience, in bandages or under a bag.
Likewise, both characters hail from a society in which conformity is enforced, apparently by law.
And finally, the solution for both characters in terms of living a happy life is relocation to a place where there are with kindred individuals. In “Eye of the Beholder” that place is a colony to the North (think a leper colony…). In “The Different Ones,” it’s a distant world.
But the two stories differ in some significant ways too, as well as in terms of final impact.
The first time you watch it, “Eye of the Beholder” generates surprise, shock and terror.  The cinematic techniques trick us, essentially, into believing that the world of the narrative is the same as our world.  We don’t learn about that mistaken assumption until the bandages come off the hospital patient.  The impact is forceful, and astounding.
“The Different Ones” has no such comparable cinematic technique, and so the punch-line, that Victor goes to visit a world where everyone looks like him feels like simply a whimsical one.  Now, there’s nothing wrong with whimsy.
Indeed, there’s a certain charm to the conclusion here, which suggests that there’s a place for everyone in this universe.  But I would argue that whimsy is ultimately inferior, as a tone, to stark horror.  That’s especially true if an artist is attempting to make a point about conformity, and the way that society enforces norms.  A sledge-hammer, in this case, is more effective than a feather.
In addition, “Eye of the Beholder” does a powerful job of depicting how the establishment of the alternate world is one of strict, ruthless conformity.  We see the leader of the society on a view-screen, for example, and he gesticulates like Adolf Hitler, and imposes his edict of genetic conformity on his culture.
Watching this leader, we can’t help but think of the Nazis, and the eugenics program they enforced through genocide.
In “The Different Ones,” Mr. Koch, by contrast, must deal with a huge futuristic bureaucracy to help his son…but help is acquired.  So here we might get the idea of an over-developed nanny state, in other words, but never the notion that the State is actively evil. 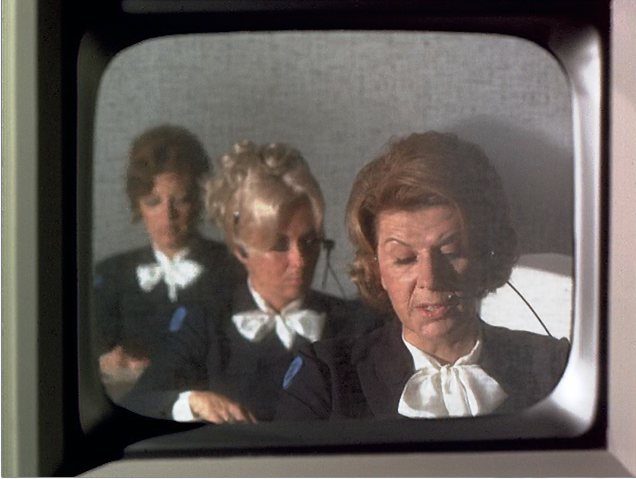 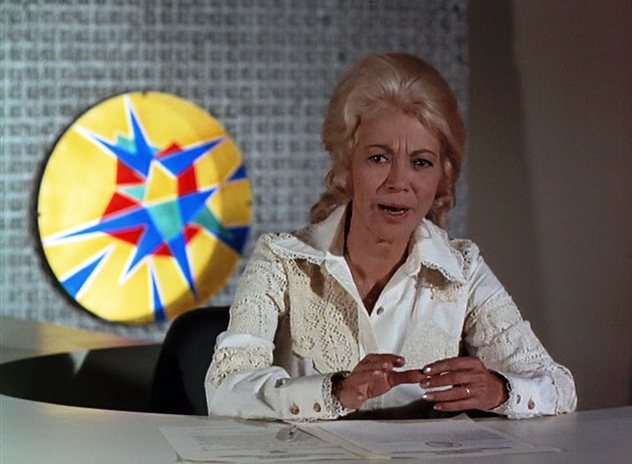 Sure, one option is for Victor to submit to a suicide regimen, but the State only suggests that avenue and doesn’t enforce it.  In other words, death panels are optional.
One idea that doesn’t age so well, in either case, is that a “happy” ending for those who are different is, essentially, consignment to a ghetto for the rest of their natural lives.
Frankly, this was as happy an ending as we were going to get in the dark, melancholy “Eye of the Beholder.”
But “The Different Ones” doesn’t really address the fact that the exchange program between planets is all about getting rid of “undesirables” and those who are different.  Instead, the program seems like a win-win.  On Borean, normal humans are considered ugly, and go to Earth.  And on Earth, ugly folks like Victor look just like the inhabitants of Borean.
It’s all a little pat and contrived. 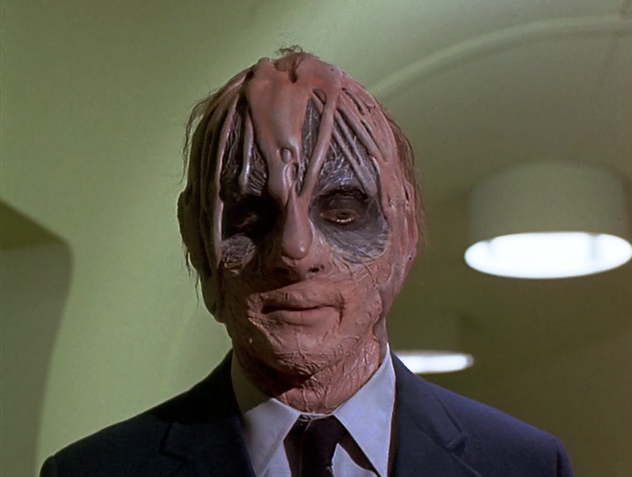 In short, “The Different Ones” isn’t truly in the same class as “Eye of the Beholder,” despite thematic corollaries.  Instead, the Night Gallery story is a watered-down version of the same tale, but its critique of conformity has largely been rendered toothless.
Instead, we get the final joke that everybody is beautiful to someone.
You just have to be in the right room, with the right people.
at January 12, 2021