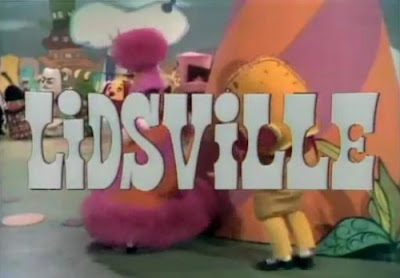 In “Hoodoo, Who?” Hoodoo (Charles Nelson Reilly) returns from a visit to another wizard, impressed by that wizard’s obsequious servant. He feels that his own Bad Hats are not up to the task of serving him, and they are offended by his criticism.

However, a knock to the head gives Hoodoo a case of amnesia, and the Bad Hats take advantage of the condition. They convince him that he is their butler, Reginald, and make him their servant. They demand he serve them meals, and keep their HQ neat.

Mark (Butch Patrick), Weenie (Billie Hayes) and the other Good Hats are baffled to spy Hoodoo serving tea and cookies to his own servants, and realize that only another knock on the head can possibly set things right in Lidsville. 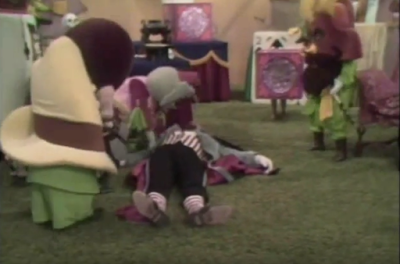 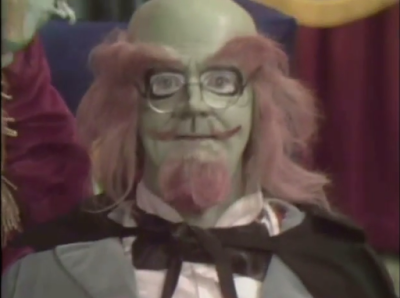 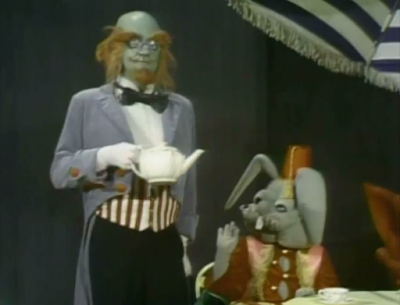 This is another thoroughly ridiculous and inconsequential episode of Sid and Marty Krofft’s Lidsville (1971-1973).

This is such a creaky old cliché, and yet it makes for an entertaining enough installment of this old Saturday morning series. The series seems to be in a groove now where Hoodoo takes center-stage, and the plot line involves some aspect of his character being amplified, or reduced.

As usual, CNR is the one indisputable point worth lauding amidst all the colorful nonsense, holding center stage, and playing two roles, essentially: Hoodoo and his alter ego, Reginald.

My wife and son ended up watching this episode with me on a DVD (from Netflix) when our wi-fi went out one night, and they were baffled by what they saw.

They complained that it was impossible to tell which hat is talking (because all the hats are seen on screen together, in a crowd), and also because, well, nothing makes any sense. My son wanted to know, specifically, why is this a world of hats?


I told him, simply, Lidsville is the “koo-koo-koo-kookiest…” show, and he looked at me like I was a madman.

At least we all agreed that the series has a great theme song and opening montage.
at June 10, 2017