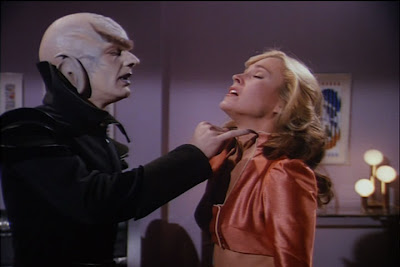 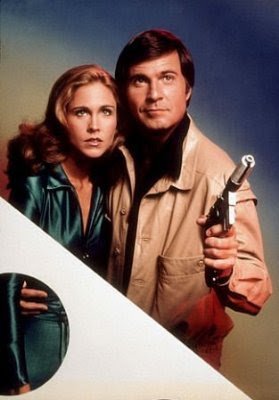 On the other hand, I watched the episode again recently with a friend's ten year old son and it thoroughly freaked him out. So there's definitely something frightening there; at least to impressionable young minds.

In "Space Vampire" a "space age vampire stalks a lonely space station," according to the teaser, and that summary pretty much nails the whole story. Buck and Wilma drop-off Twiki for repairs at Theta Station but instead of getting away for their vacation on Genesia, they witness a starship (the Gemonese Freighter from Battlestar Galactica actually...) plunge through Stargate Nine and collide with the station.

The inner atmosphere of Theta is contaminated, and the logs of the derelict -- the I.S. Demeter -- suggest the crew and passengers were suffering from hallucinations and "mental deterioration" brought on by the Denebian virus EL7.

He's right. The evil Vorvon (Nicholas Hormann) creates undead minions out of the station crew (who appear replete with two discolorations on their neck...). He then prepares to make the uncharacteristically terrified Wilma Deering (Erin Gray) his immortal bride. 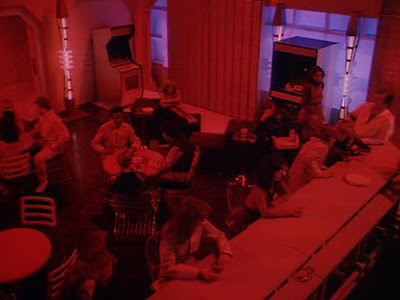 What's funny (and silly...) about this "ancient power lock" is that it is really just Commander Adama's collar medallion from Battlestar Galactica. And ironically, Adama was played by Lorne Greene, a man who had recently portrayed Dracula himself in an episode of The Hardy Boys/Nancy Drew Mysteries in 1977! Yep, it's Six Degrees of Cult-TV Dracula... 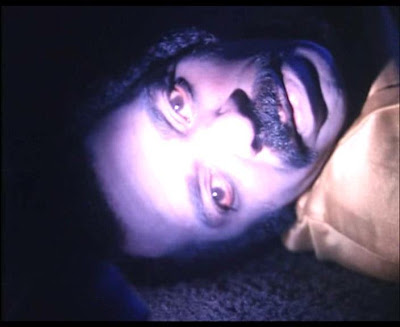 From almost a century of vampire cinema, the episode appropriates the idea that the Vorvon cannot survive in sunlight, and in an interesting final twist, Buck destroys the soul sucker by flying it into a star itself.

There are actually some pretty solid horror compositions featured in this episode too. A slow, steady pan ominously marks the Vorvon's first appearance as a humanoid. We pan across the Theta Station Lounge (where an arcade video game unit, circa 1979 is plainly visible...) and see Buck ordering drinks at the bar. When the camera pans back (all in one shot), the Vorvon is suddenly seated at a previously empty table...staring at Wilma with malevolent eyes.

And finally, you haven't truly lived until you've seen Erin Gray -- in a skin-tight spandex cat-suit -- playing the soulless, avaricious, seductive bride of the Vorvon. But seriously, what makes "Space Vampire" resonate, I think, is Wilma's pervasive fear of the Vorvon, and the fact that nobody seems to believe that it is hunting her. Wilma just knows she can't escape it...and she almost doesn't. There's a feeling of powerlessness here; and a sweeping inevitability in the narrative. It may not be Shakespeare -- or Stoker -- but it works pretty well.

"Space Vampire" may not be the best episode of Buck Rogers (I'm rather fond of "The Plot to Kill a City"), but it is certainly the installment that most people of my generation seem to remember most fondly.
at September 20, 2012