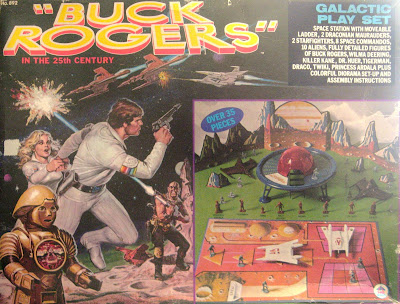 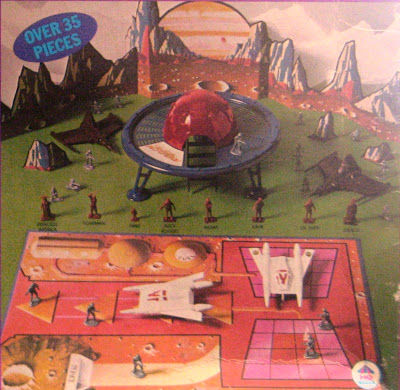 But the nice thing about Buck Rogers was that the series, unlike many of those other titles, didn't take itself too seriously.  The program, starring Gil Gerard and Erin Gray, boasted a great sense of humor, at least during the first season.

Mego released a good-sized line of Buck Rogers toys and vehicles back in the day, but HG Toys also got into the act, recycling and retro-fitting a pre-existing play set as the Buck Rogers in the 25th Century Galactic Play Set.  It came complete with "over 35 pieces" and a nice diorama/backdrop.

I have fond memories of playing with this particular play set, because I took it on a cross-country vacation with me.  My family traveled (in our new Ford van) from New Jersey to California and back over the span of six weeks.  Space was tight since we were traveling for such a duration and this one of the few toys I was allowed to bring along.  I set it up in camp sites from Lake Michigan to Lake Tahoe.   On days where we seemed to be endlessly driving through desert terrain, I also set up the Galactic Play Set in the back of the van and played with it, though the bumps in the road could occasionally wreak havoc. 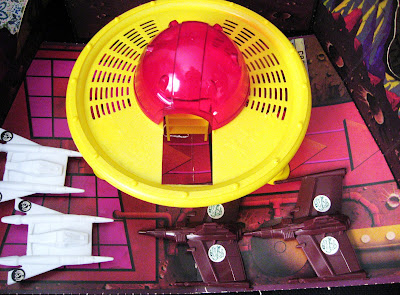 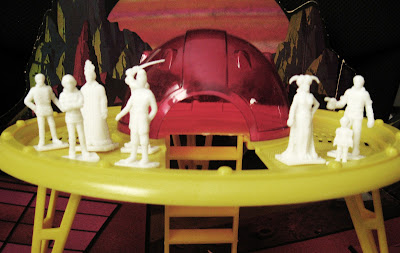