“I have been reading your blog for years and make a point to see some of the films you review.  But as I prioritize my Netflix queue, I was wondering: what titles make up your ‘ten best’ list of science fiction films?”

Honestly, I would have a tough time limiting a list of titles to just ten.

The science fiction genre is vast, and it features everything from visions of Dystopia (like ZPG [1972]) to post-apocalyptic worlds (like Planet of the Apes), to adventures set on other worlds, like the Star Trek or Star Wars films.

I’m certain I’ve already forgotten at least one important or historically-necessary title, but if I had to compile a top ten list right now, it would likely look like this: 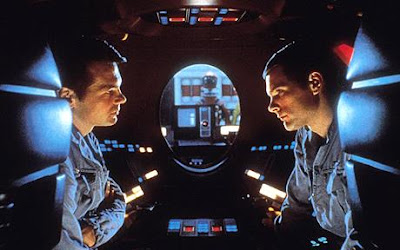 All that expressed, I’d love to read what readers here count as their top ten sci-fi films.

If you wish, send me an e-mail of your top ten sci-fi film list -- with or without explanation -- and a name I can attach to it (full name, first name, or just Internet handle…), and I’ll post Reader Top Ten Science Fiction Movies here on the blog in the coming hours and days.

If I get a good response, maybe we can accumulate the same types of lists for the horror genre and the fantasy genre.  But seriously, you’ll see how hard it is to limit yourself to ten titles…