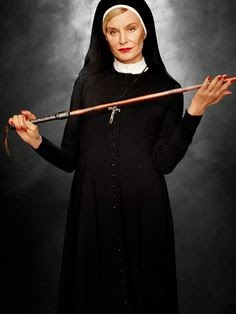 A nun is a female member of a religious order who has chosen to devote herself to a life of service. That life of service often includes vows of obedience, chastity or prayer.  A nun often lives in a separate environment, such as a convent, and is easily identifiable by her clothing, called a “habit.”

Cult-TV history is filled with programming about nuns or “sisters,” as they are known. 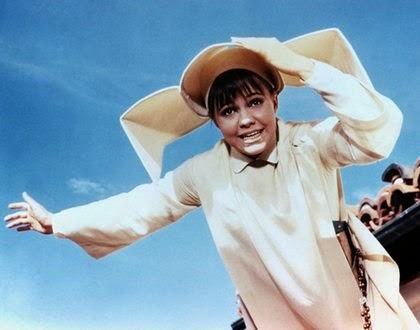 The silliest such series, perhaps, is The Flying Nun (1967 – 1970), about Sister Bertrille (Sally Field), a newly-minted nun who, because of her starched hat, could take flight.  The series ran on ABC and lasted for 82 episodes. 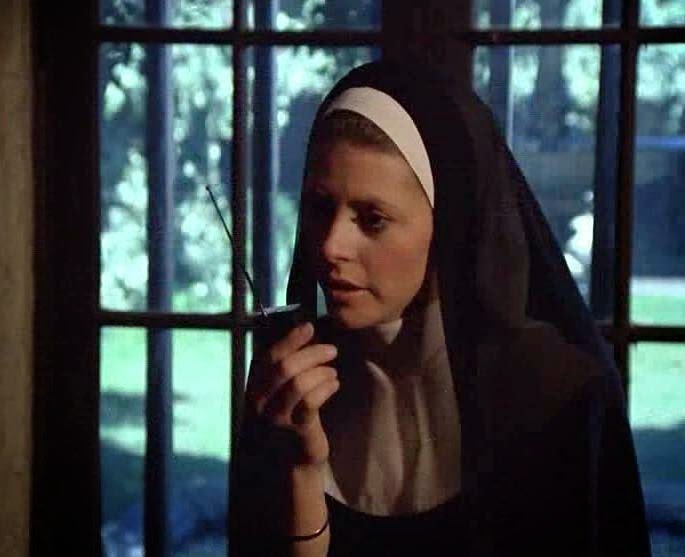 A second season episode of The Bionic Woman (1976), “Sister Jaime,” saw Jaime go undercover as a nun at a convent in hopes of catching a smuggling ring.  The Mother Superior at the Convent was played by Kathleen Nolan. 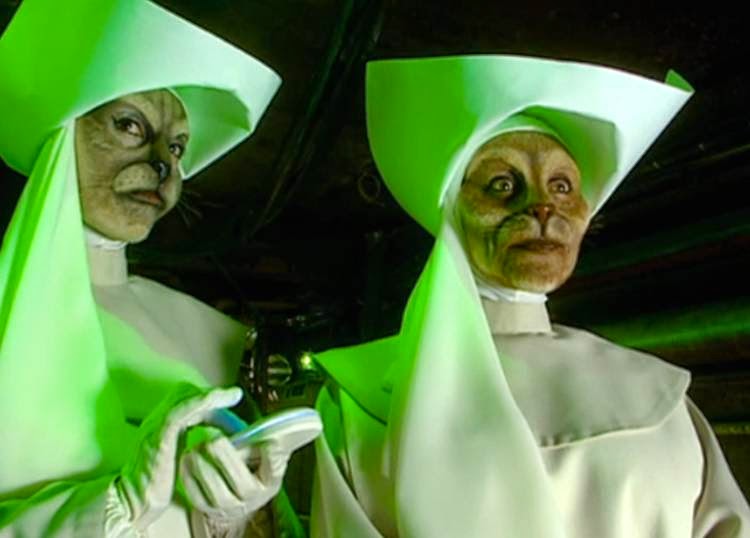 More recently cat-like alien nun have appeared in New Doctor Who (2005 - ), in the episode “New Earth." In this episode, which aired in April of 2006, The Tenth Doctor (David Tennant) and his companion Rose (Billie Piper) visit the planet New Earth, which happens to be run by feline-humanoid nuns known as the Sisters of Plenitude.  These nuns, however, harbor a grotesque secret. American Horror Story’s (2010 - ) second season, sub-titled “Asylum,” also featured some very memorable sisters. The story is set in 1964, at a sanitarium in New England run by the Church, called Briarcliff.  The administrator of the asylum is Sister Jude Martin (Jessica Lange), a recovering alcoholic (and hit-and-run driver…) who possesses some very draconian thoughts about the treatment of the criminally insane. 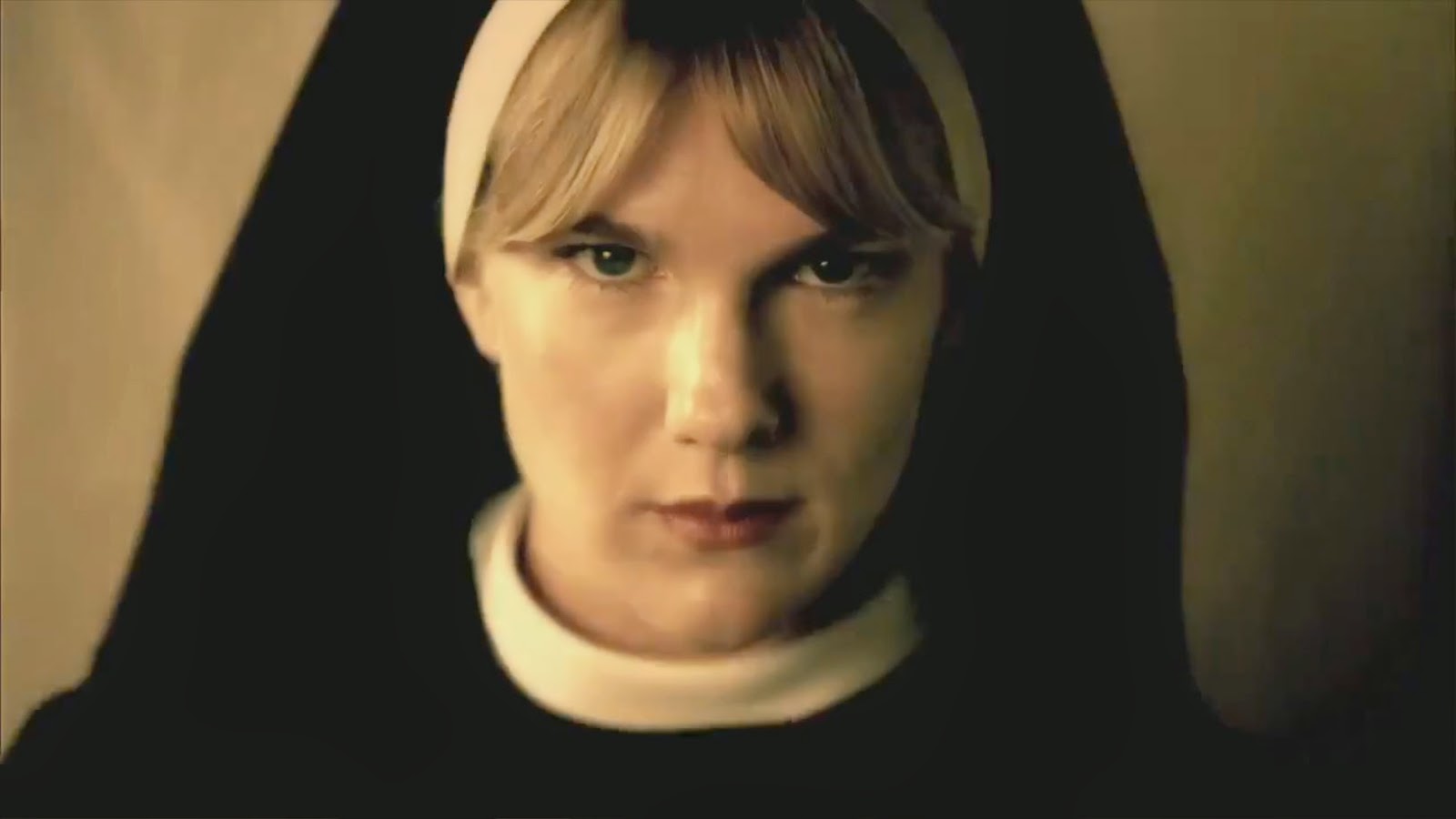 Her underling is innocent Sister Mary Eunice (Lily Rabe) who, in the course of the story, becomes possessed by the Devil himself.
at January 19, 2015