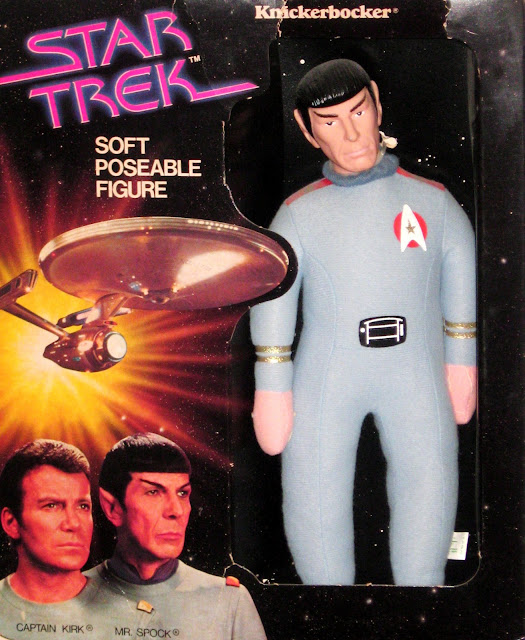 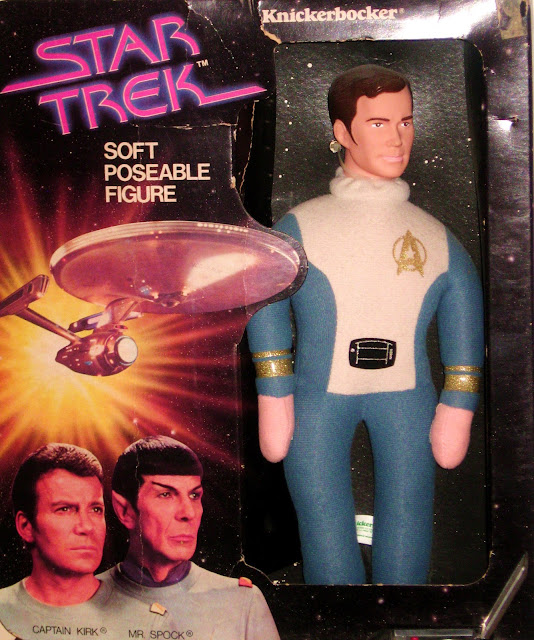 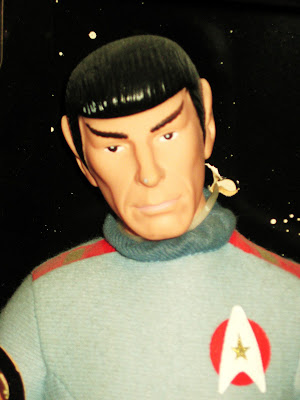 All kidding aside, 1979 was a great year to be a Star Trek fan, perhaps the best year ever for Trekdom, actually.  The first motion picture was slated for theatrical release, and with it came a slew of merchandising tie-ins.  You had great model kits from AMT, Klingon Happy Meals at McDonalds, trading cards from Topps, new action figures (large and small) from Mego...

...and soft, plush figures from Knickerbocker?

Some kids have Teddy Bears.  Other kids have Starship Captains and Vulcan science officers.

Now, don't you want your kid cuddling that? 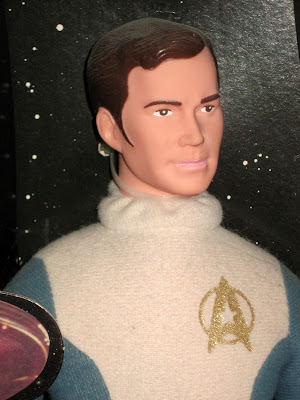 Still, as I hope you can detect from the close-ups, the character face molds here are very good, very accurate to the appearance of the actors in the film.

I must confess I have a penchant for weird Star Trek collectibles.  Until last year -- when they finally fell apart into crumbly ick -- I had a complete set of 1996 Star Trek: First Contact chocolate candy bars.  I could just never bring myself to eat them, because the wrappers were so cool.

Anyway, the Knickerbocker Star Trek "soft" figures fall into the camp of weird Trek collectibles.  Action figures of our UFP heroes are one thing, but soft plush figures?  To sleep with?

This famous toy company produced Walt Disney, Little Lulu, Holly Hobby, Raggedy Ann and "Krazy Kats" dolls from the years 1925 to 1983, before the company was sold to Hasbro.  It's kind of neat that Captain Kirk and Mr. Spock joined the pantheon.