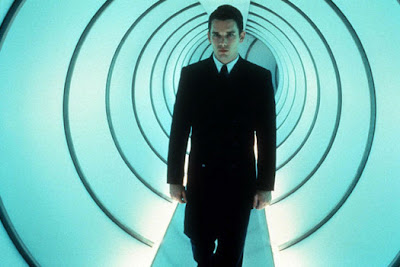 Another awesome list from reader top ten science fiction films comes in from Woodchuckgod.
This list finds room for two of my favorite sf films from the 1970s, Logan's Run (1976) and Westworld (1972).
Also -- and I found this intriguing -- at least three films from the 1990s are on the list as well.   This closely mirrors other lists, including my own.
So...were the 1990s a great time for sci-fi, but not such a great time for horror?  Very interesting...
Here's Woodchuckgod's list:
"Very difficult task here indeed, John - but a fun one.  So let's go with  as the Top Ten, presented in no particular order:


With a host of honorable mentions as follows: