Ask JKM a Question: The Cult-TV Faces of?

“I always enjoy those “Cult TV Faces of” galleries you post on your web journal and I wondered how you come up with the categories and examples, especially after doing it for so long?”

Thank you for the question, Anonymous.

Going back to some of my sci-fi series themed books in the 1970s, I’ve been obsessed with genre conventions that repeat again and again, like the over-sized vent-shaft, or the Silicon-Based Life-Form, or the Sargasso Sea.

I have a good enough knowledge of TV history that I can usually remember four or five examples of each convention or “Cult TV Face” off the top of my head.  But then I need to do research and look for more examples of each, and, indeed, this requires oodles of Googling.  I dig a lot into my extensive DVD library too, for some of the more obscure examples.

Sometimes, my attempts don’t pan out.

At one point, I was going to create a post called the Cult-TV Faces of “Diseases,” but I realized that it’s very difficult to capture in an image the idea of a disease.  The old age disease of Star Trek’s “The Deadly Years,” for instance, looks very different than the pustule-popping plague of The X-Files “F. Emasculata.” 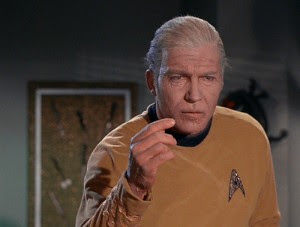 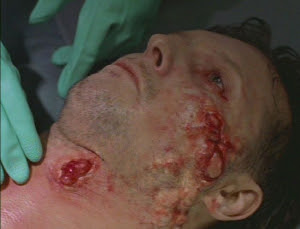 So the best galleries, in my opinion, are those that capture the idea (like “The Most Dangerous Game”) in a powerful image.

I can’t always find what I’m looking for, either.

I was going to post a gallery of TV gargoyles recently, only to find there weren’t more than four or so images that I could find/remember.  So I had to scrap that one, alas, since I always attempt to include at least nine images. 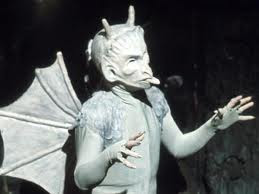 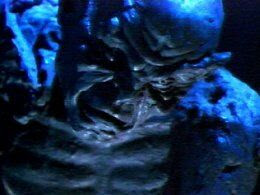 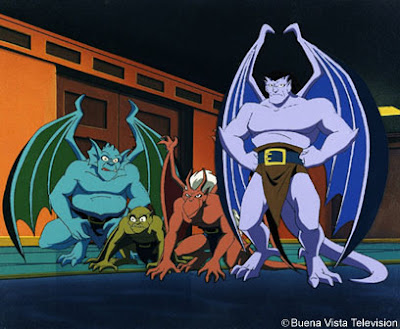 I haven’t run out of clichés or genre conventions yet, though sometimes it’s hard to think of a topic that has been covered by nine or ten different programs over the years, and then find the appropriate images.  Still, this is the kind of stuff I really like.

I added “Cult-TV Theme Watch” at some point a year or so ago because I felt I wanted to describe what the galleries represent.  It has to be meaningful that so many series have explored the same ideas, even if created in different decades.  Why does our art keep returning to these conventions?

Thanks for your question!  Don’t forget to ask me questions at Muirbusiness@yahoo.com
at May 20, 2013