50 Years Ago: The Night Strangler 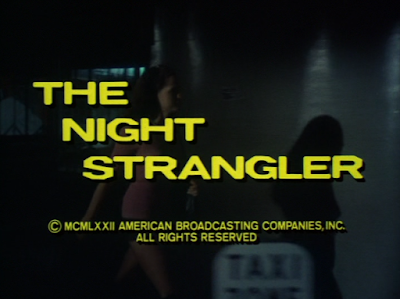 The TV-movie sequel to the 1971 hit The Night Stalker finds our hero, downtrodden reporter Carl Kolchak (Darren McGavin) in Seattle, Washington -- still trying to sell his incredible story about vampires in Las Vegas.
In a dingy bar one night, his former editor Tony Vincenzo hears him making his case, and -- taking pity on the guy -- hires Kolchak as a reporter at Seattle's Daily Chronicle (run by John Carradine!) Of course, (and Vincenzo knows this...) he's just asking for trouble bringing Carl Kolchak aboard.

For before long, Carl has run smack into another bizarre, perhaps even supernatural case. Several beautiful belly dancers have been murdered (strangled...) in the Pioneer Square Area of the city. A little research reveals that women have been attacked there, in that very spot, every 21 years. There were crimes in 1952, 1931, 1910, 1889 and 1868. Interestingly, the murders in 1868 took place before a massive earthquake, in a portion of the town now underground.

Kolchak's quest to find the perpetrator of these horrid crimes leads to a scientist once interviewed by Mark Twain, named Richard Malcolm (Richard Anderson). It seems this man was a Union Soldier in the Civil War and has been keeping himself alive ever since with a home-made "elixir of life" consisting of milk, meat, hair...and blood extracted from the necks of healthy women! 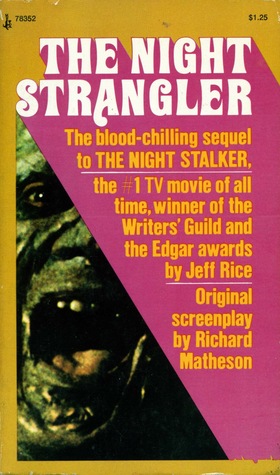 Karl ventures into the old underground city to confront this nearly immortal (and clearly psychotic...) man, and ends the reign of terror once and for all. Of course, Karl gets fired for interfering with the police; and this time his editor Vincenzo gets fired too. Together, the two bickering friends drive out of Seattle together, hoping for a better future in New York.

The Night Strangler, written by the incomparable Richard Matheson, is not quite in the class of The Night Stalker, perhaps because at times it feels like a note-for-note repetition of the original TV movie, with Kolchak running up against bull-headed, CYA-type authorities (mayors, policemen, bureaucrats...) while he works to solve a supernatural case.
What's so interesting this time is Matheson's decision to feature a scientific, rather than supernatural explanation for the crimes. The monster is still a vampire (one who strangles his victims), but one who operates via science, not biology. Seen as bookends, the two tele-movies make interesting sides of the same coin, even if the original isn't quite as good as the original. 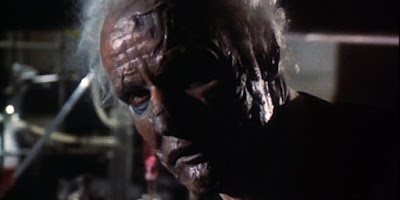 I also love the idea of a forgotten, subterranean existing beneath a modern one. It's sort of a perfect reflection of Kolchak's world. There's the surface world which appears normal, and the night-time world of monsters. 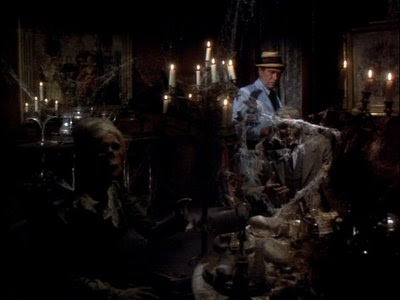 Watching The Night Strangler, I began to crystallize the reasons I love Darren McGavin's portrayal of Kolchak so much. This reporter wears white sneakers, you may notice if you watch the telefilms and TV episodes. Not much is said about this, but these are running shoes, worn because Kolchak is always running after a story. I just love that small, little detail; that Kolchak wears the same suit and hat, but also the very shoes that help him track down interviewees during an investigation.

The Night Strangler also makes clear just what an influence Kolchak was on The X-Files.
The story of an immortal killer, needing infusions of new life (by murder...) every twenty one years, reminded me instantly of a first season episode called "Squeeze," the first part of the Tooms saga wherein a strange serial killer needs to eat the livers of healthy humans. The idea of elongating life; of a killer coming out of shadows every few decades; and the skepticism of the police are common features between The Night Strangler and the adventures of Mulder and Scully.

I also got a real kick out of The Night Strangler's humorous finale, with Vincenzo and Kolchak hollering at each other over every little detail. Despite all the yelling, it's clear that they are best buddies. And that, quite nicely, is an element continued in the TV series.
at January 16, 2023

Email ThisBlogThis!Share to TwitterShare to FacebookShare to Pinterest
Labels: 50 Years Ago Today