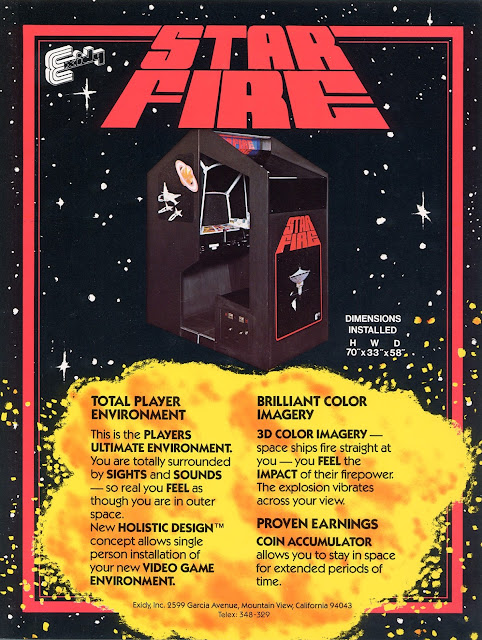 One of my earliest (and fondest) arcade memories involves a space-based combat game from the late seventies called Star Fire.
As a youngster, I lived in New Jersey with my family, and in the summertime, we would often visit the Jersey Shore.. Because of this, there were many opportunities to visit a nearby boardwalk, and more importantly...an arcade.
And the game I wanted to play at that arcade was, simply, Star Fire. 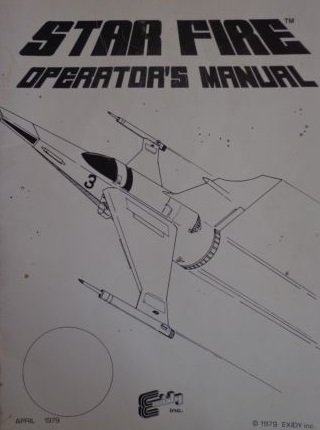 Today, the game is remembered and beloved by Generation X'ers because Star Fire is the first "cockpit"-style arcade game in history, and apparently, it was also the first game in which one could enter initials in a high-score table.
But I loved sitting down in the fully-enclosed cockpit -- as though I was in my own fighter craft -- and getting ready for space combat. 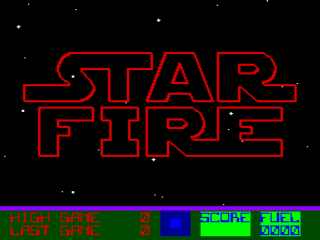 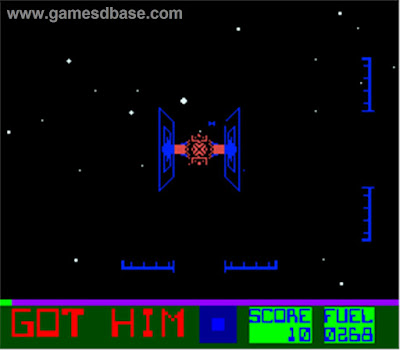 The game play was awesome as I remember it...though it's been more than for years now.
The enemy ships in Star Fire very closely resembled the TIE Fighters of Star Wars (1977) as you can see, and if I recall, there was also a Battlestar Galactica (1979 - 1980) Colonial Viper in the mix.

The game was a shoot 'em up, and an incredible one at that. I do remember occasionally feeling frustrated, as my ship was blown out of the stars.

I also remember running out of money and begging my Mom and Dad for just another handful of quarters.
at December 14, 2020

Email ThisBlogThis!Share to TwitterShare to FacebookShare to Pinterest
Labels: Memory Bank. From the Archive