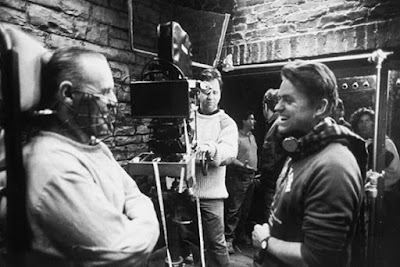 The press has today reported the death of Academy-Award winning director Jonathan Demme (1944-2017), the talent who gave us our first glimpse of Anthony Hopkins' Hannibal Lecter.

Mr. Demme directed The Silence of the Lambs (1991), and took home the Best Director Oscar for his work on that film.  That movie, and its thoughtful, intimate approach to serial killers (and matters of good and evil) inspired a slew of films and TV shows throughout the nineties.

Mr. Demme's impressive career in cinema began in the early 1970's and he directed in a wide variety of genres. Demme directed comedies including Something Wild (1986) and Married to the Mob (1988), and such documentaries as Stop Making Sense (1984), and Jimmy Carter: Man from Plains (2007). 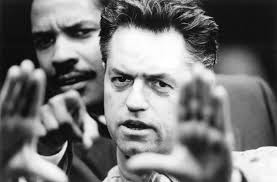 Demme's dramatic films included not only the aforementioned The Silence of the Lambs, but efforts such as Philadelphia (1993), and Beloved (1998).  In 2004, he directed the well-received remake of The Manchurian Candidate.

Mr. Demme's work was not limited to the cinema, and he also directed episodes of the acclaimed series The Killing in 2013 and 2014.

My deepest sympathy goes out to Mr. Demme's family and friends at this time of grief  There are no words to make such a feeling of loss go away. However, film is unique in the sense that it permits for something like immortality.

Mr. Demme may be gone, but The Silence of the Lambs, and many of his other works too, will be watched and appreciated for decades to come.
at April 26, 2017