Well, it's officially official new: little-known blond Englishman Daniel Craig is replacing Pierce Brosnan as the world's most well-known secret agent, Commander James Bond. I've never seen Craig in anything, so I have no way of judging whether this is a good choice or not. I'll say this - I was hoping for the return of Pierce Brosnan because I would have liked to see him have five films to his "legacy." I think he still had at least one more great Bond film in him; maybe even his best film. As far as a replacement, I was kind of supporting Clive Owen. But Craig is who we get, and I'll be curious to see how he does in the role. Didn't see Layer Cake.

So, we get our sixth big screen James Bond.

Sean Connery played the part from 1962 - 1970 (with one interruption in 1969), and starred in Dr. No, From Russia with Love, Goldfinger, Thunderball, You Only Live Twice, Diamonds Are Forever, and the non-canon Never Say Never Again in 1983.

George Lazenby (an Australian...) played Bond in one film, in 1969's On Her Majesty's Secret Service. He also played "JB" in a 1985 TV movie, Return of the Man from U.N.C.L.E. Don't know if that counts. But anyway - and this is strange to admit openly - On Her Majesty's Secret Service is my all-time favorite Bond movie even though I don't have much nice to say about Lazenby's performance. A primary reason? Diana Rigg. Another reason: that ending. Also, the editing in this film is nothing short of amazing. Go back and watch how this thing is put together, and you will be in awe. The ski-chase and the stock car race represent two amazing Bond set-pieces.

Roger Moore played Bond from 1971 - 1985. He appeared in Live and Let Die, The Man with the Golden Gun, The Spy Who Loved Me, Moonraker, For Your Eyes Only, Octopussy and A View to a Kill.

Timothy Dalton played Bond # 4 from 1987 - 1989 and appeared in two films: The Living Daylights and Licence to Kill. Another admission: In the late 1980s, I was re-reading all the Ian Fleming original Bond novels, and I felt (and still do...) that Timothy Dalton comes closest to the book Bond in his interpretation of the part. Now, he may not be the most cinematically successful Bond, but I thought he did a good job recreating the Bond of literature. Both of his films are among my favorites.

Pierce Brosnan essayed the role of 007 from 1995 - 2002. He starred in Goldeneye, Tomorrow Never Dies, The World is Not Enough and Die Another Day.

Now, I'm on the record. How about you? What are you favorite and least favorite Bonds. And how do you feel about a Blond Bond? What's the best Bond double entendre or one-liner? (I vote for "And I thought Christmas only comes once a year...") 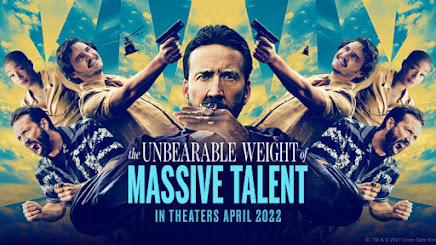