The Return of Savage Friday! 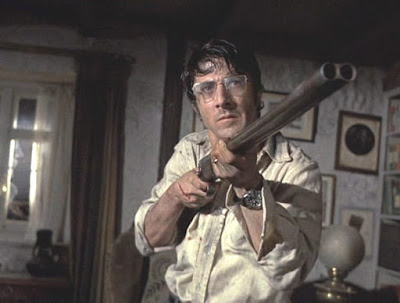 By popular demand (!) Savage Fridays is returning. Starting next Friday, I’ll be reviewing, once again, the films of the savage cinema here on the blog.

However, before I started, I wanted to re-post my description of the Savage Cinema (originally posted in 2012): 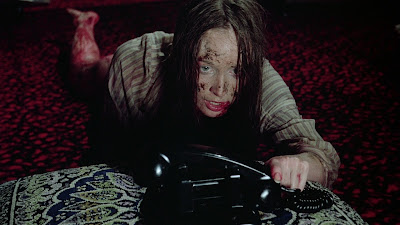 “As the 1960s turned into the 1970s, the “New Freedom” arrived in full, and cutting-edge filmmakers began to vet stories -- horror stories, I maintain – about basic human nature.

In tales of the Savage Cinema, resources are scarce, compromise is impossible, and two “sides” go to war.  The Haves and the Have Nots (The Hills Have Eyes [1977]), the lawful and the unlawful (The Last House on the Left [1972]), the male and female (I Spit on Your Grave [1978]), the liberated and traditional (Straw Dogs[1971]), even city folk and country folk (Deliverance [1972]) find that there’s no room for debate…only bloodshed and hatred.

In each one of these films, for the most part, there’s an Every Man (or Every Woman) who is drawn or pulled into combat, and must consequently re-evaluate his or her sense of morality to contend with the sudden, often inexplicable outbreak of violence. That Every Person rises to an unexpected challenge, but also – in some way – succumbs to the basest human instinct: to kill.

In the crucible of (unwanted) combat, the Every Person thoroughly tests him or herself.  Does he or she have what it takes to survive? Does this character descend, finally, into bloody violence? And what is the personal, mental, and physical toll of shedding civilization and established norms of morality, even for an instant? Can you come back from that?  Do you want to come back from that?

Such questions intrigue and fascinate me, perhaps because I have always lived a sheltered and safe life. I’m a largely risk-averse person in terms of my choices and life-style. I live in a world where there is ample police protection, no military draft, and remarkably little crime. But I admire the Savage Cinema films I’ve mentioned above because they force audiences to ponder, quite frankly: what would I do?

Even better, these films echo their content to an extreme and remarkably pure degree. If Savage Cinema film narratives involve shedding the shackles and protections of civilization and the norms of morality, their cinematic, visual approach involves a stylistic corollary: shredding established film decorum and conventions, and going over the edge into transgressive and taboo-breaking territory.

This territory is not for polite company, to be certain.

It’s a place of frequent female and male rape (Deliverance, Straw Dogs, I Spit on Your Grave, Last House), imperiled family members (The Hills Have Eyes, Last House), and brutal violence. Often that on-screen violence is of an intensely personal and even animalistic nature: A woman bites off a man’s penis in Craven’s Last House.  Similarly, in Straw Dogs, we see a man’s foot blown off (by a stray shot-gun blast) in extreme close-up.

So yes, these movies are explicit and disturbing, but also courageous in the sense that they follow through on their promise and premise.  Where some people and critics have stated that such films are gratuitously violent, I argue the opposite point. These films are about violence, and the consequences of violence on families, and civilization as a whole.

The violence highlighted in films of the Savage Cinema is of a type that makes you wonder about our human nature. It isn’t depicted as heroic, but rather, in some instances, as necessary and human, but still awful.  Retribution or revenge -- a hallmark of these pictures -- may satisfy blood lust for a moment, but then what do you do -- for a lifetime -- knowing that you are the same thing, at heart, as the “monster” you slayed?

This is the morally-fascinating territory of the Savage Cinema, and the reason why it boasts artistic worth and social value.”

So, check in next Friday for my first new savage cinema review. I've decided to go "international," to start-out.

The film I’ll be looking at furst is Eden Lake (2008). It’s a British entry in the savage cinema canon, and if possible, please give it a watch before the week is out, so you can comment on it as well.

(The second film I’m reviewing in the series is the new Australian movie, Killing Ground [2017], so you may want to put that in your queue, as well.  Up third: Martyrs.)
at September 29, 2017