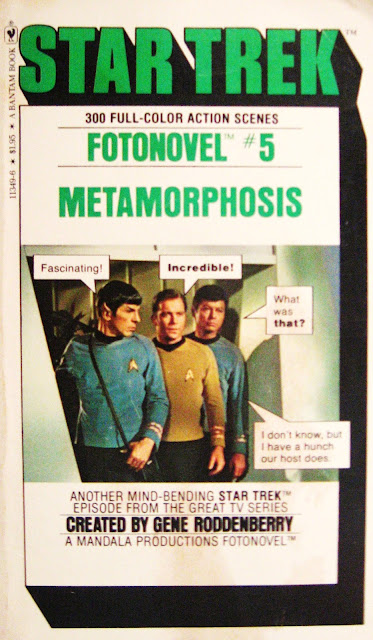 As part of my ongoing 2016 Star Trek 50th Anniversary celebration, I posted at Flashbak this week about a favorite franchise collectible: Mandala's "Fotonovels."

Here's a snippet and url: ( http://flashbak.com/authentic-re-creation-thrilling-voyage-remembering-mandalas-star-trek-fotonovels-51637/): 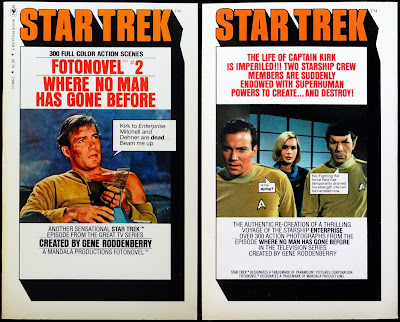 “If you grew up in the mid-1970s, you’ll remember that photonovels represented an essential part of fandom during that epoch. The photonovel was essentially a visual re-telling of a movie or TV episode  The book featured hundreds of frames or still from that production, as well as “balloon” dialogue from the script or teleplay.

The Star Trek fotonovels, for instance, were advertised as featuring “300 full-color authentic scenes” from each of the episodes featured.

In 1977 and 1978, an outfit called Mandala Productions, working for Bantam, released a handful of episodes of Star Trek in their “fotonovel format...”