It Rains...You Get Wet: A Viewership Lived Through Lance 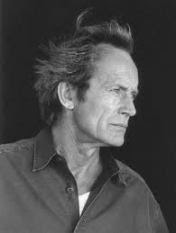 Blogger Michael Alatorre, of It Rains...You Get Wet this morning contributes a lovely post called "A Viewership Lived Through Lance," which gazes at the great actor's roles over the years, and examines the reasons he remains so eye-catching and beloved.  Make certain to read the entire piece!
A Snippet:
Any analysis of my viewing habits or video inventory will come up with a list of a vital few actors who repeatedly crossed the stage of my TV/film-watching life. The New York City born Lance James Henriksen is one of them. Time and again, the versatile character actor has appeared in the genres of my youth I still hold sacred (sci-fi, horror, and action) and the drama category of my latter years. Even in early films where you’d only fleetingly notice him, like in Robert Aldrich’s muscular but grandly underrated 1973 film Emperor of the North in (an uncredited) role as a railroad worker, he has a way of catching the audience’s (and my) eye. But not in a scene-stealing, distracting way, mind you (nothing like the early Steve McQueen antics in say, The Magnificent Seven). No, he does it simply and with the ability to morph entirely into a discrete character, and because he has, for lack of a better word, presence.
Thank you, Michael, for this terrific post!
at May 02, 2011