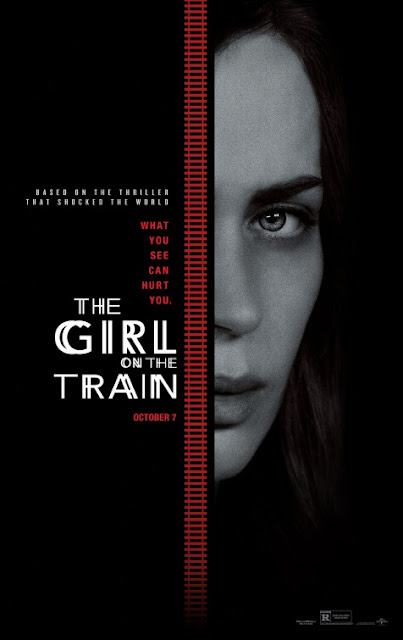 DESPERATE HOUSEWIVES ON A TRAIN

The title tells us all we need to know.  Ignore the ridiculous plot and focus on the girl on the train.  For no matter what she suffers through, Emily Blunt give a performance for the ages. Never turning her dipsomaniac character into a cliché, Blunt is despondent, off-kilter, and utterly electrifying. 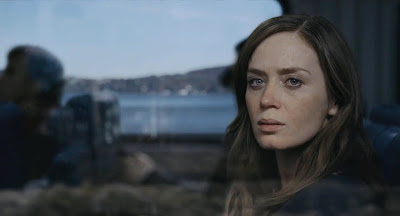 Rachel (Blunt) hovers over the edge all the time. She drinks in the morning. She drinks at lunch. She drinks before passing out. Alcohol flows through her body more than blood. She can't detach from her ex-husband Tom (Justin Theroux, "Leftovers") despite his new marriage and child. 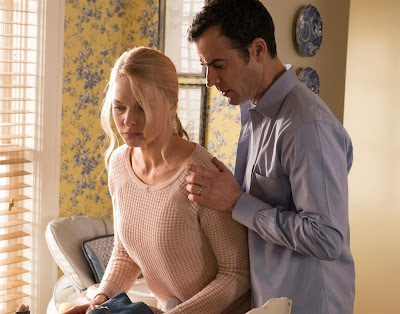 On her daily train ride, Rachel fixates on her ex's beautiful neighbor (Haley Bennett, "Music And Lyrics") and her perfect life, and husband (Luke Evans, "Dracula Untold,") and obsesses when the girl disappears. She thinks she can solve the crime and be a hero, though to the police she's looking more and more guilty.

Paula Hawkin's best seller is an addictive novel, while not actually good. I devoured it in two two-hour sessions. But it's still visual junk food. Dangled red herrings, convoluted twists without structure or motivations, schizophrenic time and character jumps can leave a reader frustrated.

The film script by Erin Cressida Wilson tightens the plot points but still suffers from the same deficits. The murderer's compulsions are complex and need to be studied for the audience to understand the reasons for the sociopathic behavior.  But instead both authors are only concerned with shocking the audience. Too many storylines go nowhere and none of the characters have a decent bone in their bodies. The women are adrift and the men are brutal. 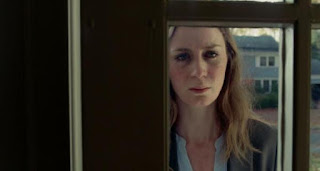 Director Tate Taylor does a solid job of keeping the camera tight on Blunt, conveying a claustrophobic tone to match her sadness, insecurity, and blurred senses due to alcohol. The flashbacks are edited to rightfully confuse the audience and lead them down dark tunnels (Literally and figuratively). The sex and brutality portrayed, though, is cold and ineffective, like Taylor learned his technique from music videos or teasers on ABC for Shondaland shows. There's no passion or understanding of why each character reacts as they do, making them, essentially, paper dolls.

Blunt takes what little the script gives and runs circles around the film. Precarious, on the verge of hysterics, and walking like she's on Jell-O, she makes Rachel both relatable and heartbreaking. Her voice constantly goes into upper octaves like she can't even control her voice box. Strangely for playing a character stripped of her self-esteem, Blunt finds dignity and a survivor instinct in Rachel. While the film portrays Rachel's sleuthing as a pathetic desire to belong, Blunt shows a woman grabbing at whatever straw handy to stay alive.

The rest of the cast is bland, with the exception of the always remarkable Allison Janney as the detective on the case. A straight shooter, her character cuts through all the BS. Had her character been a therapist and not Rachel's antagonist, she would have knocked sense into Rachel by the end of the first reel.

Missing a single Oscar nod, Emily Blunt is a talented actress who needs to be recognized. Twice she stole films from Meryl Streep only to be the one of the two left empty-handed both times. Hopefully the package of pulp known as The Girl on the Train will not prevent Emily Blunt's tragic performance from getting its due.