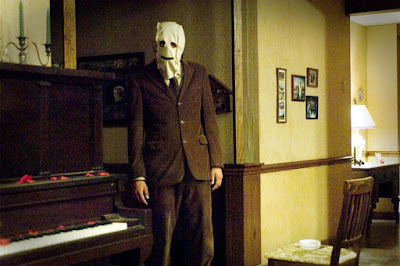 I'm a big fan of yours and especially love your write ups on savage cinema.

You introduced me to Southern Comfort, for which I can't thank you enough.

Besides the ones you've written about (Southern Comfort, Deliverance, I Spit On Your Grave, Last House On The Left, Straw Dogs, The Hills Have Eyes and more recently Green Room) I can't think of any other examples of movies from this genre.

Is the genre really that limited, or are there many gems that I haven't seen out there waiting to be discovered?

Marcus, that is a great question.

Films of this type are "my" kind of horror films because they grapple with existential angst. If confronted with violence, you must meet it with violence, right?  Whether to save your loved ones, or save yourself.

But if you are a moral person, against violence in principle, what does your bloody response do to your identity?

There are ethics involved, so deeply, in the savage cinema.

This is how I wrote about the format/formula back in 2012, when I was regularly featuring Savage Fridays here on the blog:

"The Savage Cinema, as I like to call it, grew out of a film movement that began, arguably with Bonnie and Clyde (1967).  You’ll recall, perhaps, that Arthur Penn movie’s frankness about sex (conveyed in ubiquitous phallic imagery…), as well as the film’s unbelievably bloody and downbeat ending.

As the 1960s turned into the 1970s, the “New Freedom” arrived in full, and cutting-edge filmmakers began to vet stories -- horror stories, I maintain – about basic human nature.

In tales of the Savage Cinema, resources are scarce, compromise is impossible, and two “sides” go to war.  The Haves and the Have Nots (The Hills Have Eyes [1977]), the lawful and the unlawful (The Last House on the Left [1972]), the male and female (I Spit on Your Grave [1978]), the liberated and traditional (Straw Dogs [1971]), even city folk and country folk (Deliverance [1972]) find that there’s no room for debate…only bloodshed and hatred.

And in each one of these films, for the most part, there’s an Every Man (or Every Woman) who is drawn or pulled into combat, and must consequently re-evaluate his or her sense of morality to contend with the sudden, often inexplicable outbreak of violence.

That Every Person rises to an unexpected challenge, but also – in some way – succumbs to the basest human instinct: to kill.

In the crucible of (unwanted) combat, the Every Person thoroughly tests him or herself.  Does he or she have what it takes to survive?  Does this character descend, finally, into bloody violence?  And what is the personal, mental, and physical toll of shedding civilization and established norms of morality, even for an instant?   Can you come back from that?  Do you want to come back from that?"

So your question is: are there other examples of this cut-throat, extremely violent sub-genre?

The answer is affirmative.  One of the greatest modern savage cinema films is The Strangers (2008), which depicts what appears to be a completely random murder spree, and finds two young protagonists fighting for their lives, when what they want to be doing is "navel gazing" at their romantic relationship.

Oddly enough, films of the New French Extremity are also very strong, in terms of the themes and concepts of the Savage Cinema.  These films seem to have picked right up where the 70s films left off.

Martyrs (2008), for example, is not only of the greatest horror films ever made, but one that suggests, in some way, that by enduring violence and pain, human beings can experience a form of transcendence.

I appreciate this notion because a key tenet of the savage cinema is existentialism.  It's the idea that there is no purpose to the suffering and violence we endure.  Martyrs finds a way to suggest that, perhaps, there is meaning behind it. 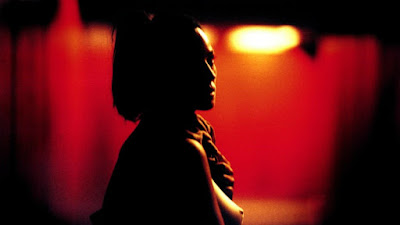 Irreversible (2002) is another one of the greats. My review is here.  Suffice it to say, this Gasper Noe film is the 2001: A Space Odyssey (1968) of the Savage Cinema.  If you like this kind of film, and feel prepared for what you are going to witness, I highly recommend it. But really make certain that you are ready, and that you understand what you are getting in for.  This is a very disturbing "rape and revenge" film.

Of course, The Texas Chainsaw Massacre (1973) fits into this category too, but I presume you've seen it.  Motel Hell (1980), in some way, seems a satire of the whole savage cinema milieu, and I wholeheartedly recommend it on those terms.

So start with those "savage" titles and see where you can go from there.

Don't forget to ask me your questions at Muirbusiness@yahoo.com
at October 03, 2016