One of my favorite horror films of the early 1970s remains the weird and wonderful Let's Scare Jessica to Death. At the time the movie was released, the critics didn't have many kind words for this atmospheric John Hancock production. "With the exception of Zohra Lampert's subtle and knowledgeable performance," wrote Time Magazine, "no one in the cast has enough substance even to be considered humanoid."

The New York Times was not much kinder, arguing that Let's Scare Jessica to Death "tends to lose much sense of what kind of movie it is...Among the actors, only Miss Lampert develops a characterization."

Despite such disappointing notices, I always fall back on a specific equation when reviewing horror films. The bottom line is that genre films are supposed to be scary. How a movie reaches that common denominator is a matter of taste, style, and the individual gifts of the director. Alas, today many directors in the industry think that they can scare audiences with expensive visual special effects.  I believe that's an abundantly tricky proposition.

Oppositely, Alfred Hitchcock believed he could terrify audiences with misdirection, surprise, and shock. He utilized every arrow in a formalist's quiver (expressionist angles; shock cutting and the like) to generate feelings of fear. William Friedkin, auteur of The Exorcist adopted an almost documentary-style approach to his horrific material, making it feel "real" and authentic to involved audiences.  Basically, good horror director finds a way to "mine" audience terror, and keep it in play as long as possible. I submit that Hancock also accomplishes this task in Let's Scare Jessica to Death, and in relatively unconventional fashion. 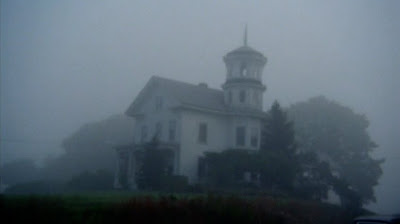 In case you don't recall the specifics of the narrative, Let's Scare Jessica to Death involves a woman who has suffered a nervous breakdown, the sensitive Jessica (Zohra Lampert).  She "starts over" with her husband Duncan (Barton Heyman) and a buddy, Woody (Kevin O'Connor), relocating to New England, where a new home awaits them.

In a quiet, rural town, Jessica and her friends move into a grand old mansion...and find a strange squatter already dwelling there, a mysterious woman named Emily...who claims to be a traveler. Emily seems to be attracted to Duncan, and soon a disturbed Jessica, spurred by her personal insecurities perhaps, begins to hear whispers in their new house. She also experiences visions of a young woman in white. The sentinel seems to be trying to warn her about something...

When Jessica visits the local antique store, she learns from the proprietor that her "new house" once belonged to Abigail Bishop...back in the 1880s. Abigail, a beautiful woman, drowned in the cove on the eve of her wedding, but some folk suggest she yet lives...as some kind of treacherous, ravenous, man-eating vampire. This thought terrifies Jessica, and when she goes swimming in the creek later, Emily attempts to drown her.

Before long, Jessica grows suspicious of her husband, Duncan, too . For one thing, he has a strange mark on his neck, just like all the old men in the nearby village. For another, he refuses to acknowledge that strange things are happening. Jessica fears she is losing her mind, but then  one night -- in the stillness of her bedroom --  a community of decrepit vampires arrive to feed on her. She flees to a rowboat as an army of the dead pursue...

In my opinion, Let's Scare Jessica to Death finds a commendable way to reach a pinnacle of "scariness." It's a more difficult and more subjective approach, perhaps, as it involves the auspices of texture, feeling and mood. Indeed, the film's overall narrative makes precious little sense if taken as a whole. There are few dramatic "action" scenes where anything substantial really happens (save for an exquisite jolt moment early on), and even fewer special effects.

Yet the film remains, in the best sense of the word, creepy. It is a scary, unnerving little production and one that puts a viewer ill-at-ease almost from the first frame. It is difficult to chart the manner in which this "mood" is achieved. One might make mention of the brilliant cinematography as a starting point. The film is hazy and overcast at times, feeling like a half-remembered dream.   And dreams, as we all intuitively understand, have no responsibility to unfold in a fashion that makes "logical" sense.  Instead, it's very possible that movie is crafted from the mental standpoint of a disturbed, off-kilter individual. 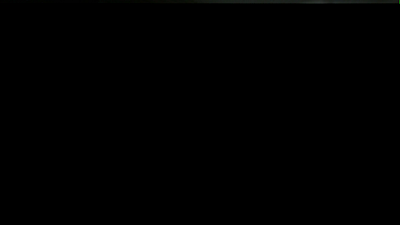 Additionally, one could point to the overtly Gothic imagery and overarching aesthetic: the beautiful opening view that reveals a fog settling over the placid waters of an idyllic cove, for instance.
The sun is orange and looms low but powerful in an apricot sky, forecasting night. A sad, isolated figure (Jessica) sits alone in a canoe, a kind of post-modern Lady of Shallotte. The villain is a porcelain woman adorned in flowing white dress, a contemporary version of Rappaccini's daughter, who brings terror and death to anyone who treads too close.

On a simple visual level, Jessica's abandoned mansion is an imposing edifice too, inspiring feelings of gloom and foreboding.  It's a place with a dark past, and the imagery reflect this dark "soul."  The architecture is ably filmed from multiple low angles to inspire subconscious feelings of menace and fear.  This choice, and the film's other canny images too, play on old dreads, perhaps, but effective ones nonetheless, and so Let's Scare Jessica to Death is a lovely and even poetic horror film, at least in the visual sense. And film, of course, is primarily a visual medium.

Director Hancock has also taken special care to suggest (rather than definitively depict) the movie's most horrific encounters. That's another trick for mood-drenched horror movies. Consider for a moment the impact of The Blair Witch Project. Almost nothing overtly horrific is seen on screen, but the overall effect of seeing the witch's icons and figures (which she leaves behind in the woods), the uncertainty of being lost, and the paranoia of the kids, combine to create a mood approaching abject, throat-tightening terror.

Let's Scare Jessica to Death adopts a similar modus operandi. There's an unsettling moment in a darkened attic when a shadowy figure shifts suddenly in the frame's foreground while Jessica is seen in the background. This dark blur is never clearly detected. It is visible merely as a black movement; for a split second. What is it? Who is it? We don't know, yet its presence unsettles us.

Similarly, the old men of the town are often referred to in film books (and in this post too...) as "vampires." As is the winsome Abigail. Yet these characters aren't your garden-variety cape-and-fangs, Euro-trash sort. They're more like a mob of undead zombies, moving slowly, strangely; gnarled in their old age and enigmatic in their agenda.   They aren't exactly what we expect then to be, and this break with genre convention and traditional depiction makes them all the more disturbing in nature.  There may even be some kind of unexcavated message here about how men "feed" on the life force of women, a fate which the troubled Jessica attempts to reject.
Had Hancock desired it, he could have provided increased clarity about these aged specters; their nature and history. Instead, like that fast-moving and frightening blur in the attic, the director merely hints at origins, nature and purpose. A tried-and-true horror momvie method of scaring audiences involves the removal of clarity, of explanation, from reality's equation. Ambiguity, as was once stated on MST3K, is scary.   Abundantly so.  Here, the audience starts to wonder, along with Jessica, if it has really seen or understood  the nature of what is happening.  Like Jessica, our grip on reality becomes questioned.

New England Gothic.  That's the overwhelming mood of Let's Scare Jessica to Death. There's an ancient evil here, a town with a dark secret, one woman's struggle with sanity...and a coven of blood-thirsty old men.  No spoon-fed explanations.  No familiar (and therefore "safe") villains or depictions of monsters.

What else could one desire from a  horror movie? Director Hancock sets a grim, dreamy mood, and viewers get to revel in his effective handiwork for eight nine hypnotic minutes.  Even today, Let's Scare Jessica to Death remains grim, surreal, and scary.
at September 21, 2011