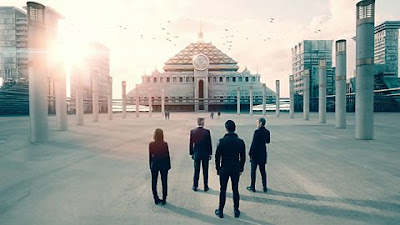 Television audiences have long held a fascination with those who operate on the wrong side of the law; thieves and robbers.

Well, there's something thrilling about a caper or heist pulled off to perfection.

Similarly, robbers and thieves often prove identifiable through their difficult situations,  back-stories, or history of inequality.

Sometimes it just feels good to see an authority figure brought down a peg or two, and robbers and thieves can achieve that goal. The Establishment is sometimes corrupt, so a thief who outwits it might be seen as virtuous or heroic, even though he or she operates outside the law.

One might even call this inclination to support the (criminal?) underdog as something akin to a "Robin Hood" Syndrome.  This connection to that mythical hero was accented in a Star Trek episode, "City on the Edge of Forever."  Trapped in the past, Kirk (William Shatner) and Spock (Leonard Nimioy) had to resort to stealing tools the half-Vulcan needed.  "We'll steal from the rich and give to the poor...later," Kirk observes. 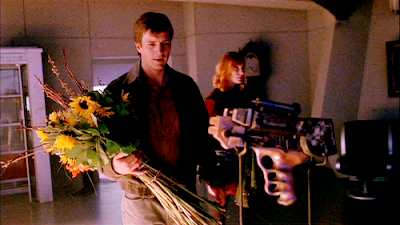 Certainly, one can see this idea play out, to full and dramatic effect in many cult-TV series.  Prime among these may be Joss Whedon's Firefly (2002), a futuristic series about the rogues aboard a spaceship, operating on the edge of poverty, in a totalitarian political system.

The set-up is reminiscent, of course, of Terry Nation's Blake's 7 (1978-1982), but various episodes feature the anti-heroes of Firefly breaking into or out of locked facilities, or attempting to steal some artifact on the black market.  The episode "Trash" involves a caper to "liberate" an antique laser gun from its less-than-noble owner on a planet swimming in wealth. 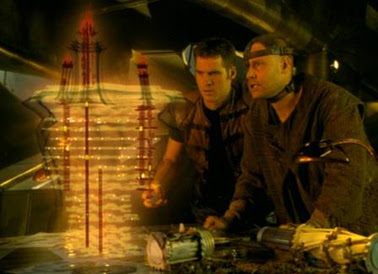 An episode called "Liars, Guns and Money" from Farscape (1999 - 2004) at roughly the same time handled a similar concept, seeing the crew of Moya go up against a criminal bank, or "Shadow Depository."   The heroes of the series became, for a time, bank robbers...and audiences ate it up. 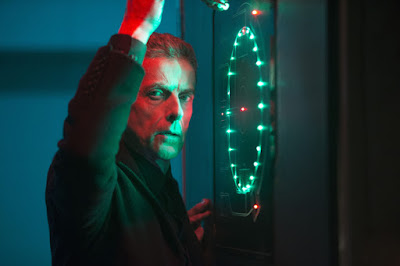 In 2014, Doctor Who told a very similar tale, "Time Heist," which saw the 12th Doctor (Peter Capaldi) and Clara (Jenna Coleman) attempting to rob the impregnable bank of Karabaxos. 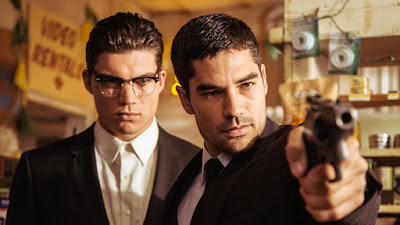 The whole series, From Dusk Till Dawn (2014 - present), is about thieves -- the Gecko Bros. -- attempting to escape America after pulling off a bank heist.  They are thieves and thugs, and yet the audience is drawn to them.