At Flashbak: A Look Back at Atari's Pong 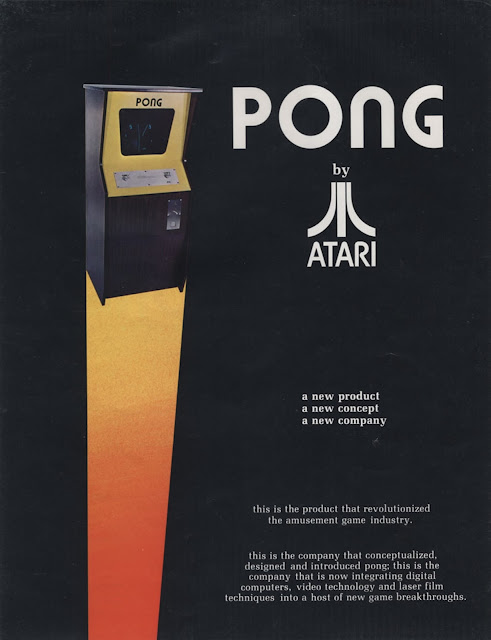 This week at Flashbak, I also remembered Pong, a game from Atari that was described as having revolutionized “amusement games” in the 1970s.

Here’s a snippet and the url: (http://flashbak.com/product-revolutionized-amusement-game-industry-remembering-ataris-pong-1972-51027/ ) 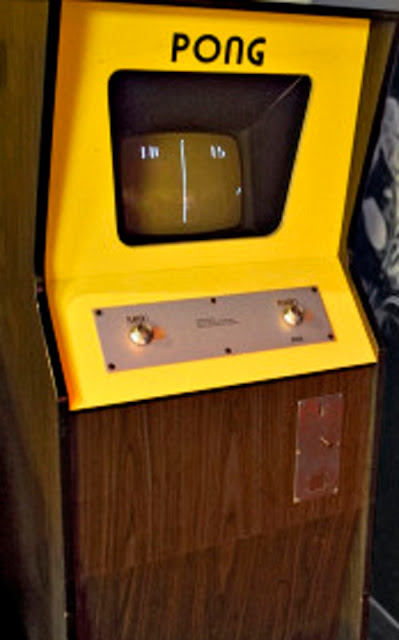 There, on Saturday nights, perhaps once a month, my parents would buy my sister and me root beer floats from the ice cream soda fountain, and then we would all proceed to the store’s mid-way where my folks battled it out at a bright yellow arcade cabinet: Atari’s Pong

Created by Allan Alcorn for Atari and released in November of 1972, Pong was advertised as a “new product…a new concept…a new company.”

Atari also billed itself as an organization “now integrating digital computers, video technology, and laser films into a host of new game breakthroughs.”

The game and the gameplay itself seem primitive by 2016 standards, but both were amazing in the 1970s.  The game is basically a top-down view of a ping-pong table with two paddles (controllable by the users), and a “dot” mimicking the action of a bouncing, ricocheting ball.  Winners with the high-score would win.

Before long -- just two or three years, actually -- Atari released a home console devoted exclusively to Pong through Sears Department Stores. I remember my parents debating whether or not to buy it, but finances precluded a purchase at that time…”

Email ThisBlogThis!Share to TwitterShare to FacebookShare to Pinterest
Labels: At Flashbak, Atari