"Maybe it Explains Everything:" Three More Mysteries Explored in Chris Carter's The After (2014) 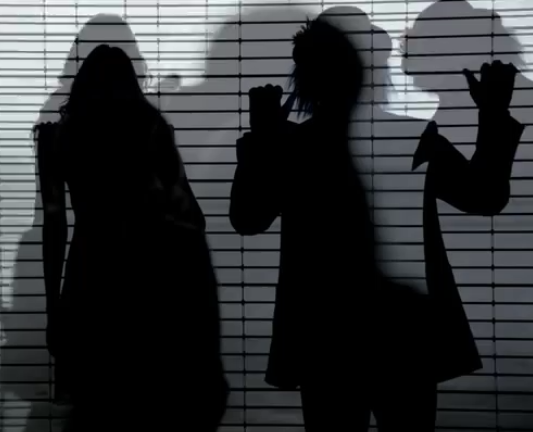 Chris Carter’s The After -- which I reviewed here -- is a dramatic science fiction puzzle informed by several scintillating mysteries. The pilot episode brilliantly raises questions, and sends viewers down a dark path with a handful of bread-crumbs to interpret and consider.

I noted some of those bread crumbs with my last post on the subject, here.

But today, I want to gaze at three additional aspects, clues or mysteries of the Chris Carter pilot.

I should also note, I have readers of the blog -- Adam Chamberlain, JWickliffe, and MFL -- to thank for bringing these concepts and images to my attention.

The next three mysteries or clues to consider are:

The After opens with a montage of dozens of briefly-seen images in quick-cut succession.

We learn quickly that these images -- of family life, of being trampled in a crowd, and of nightmare monsters -- belong to the subconscious of the lead character, Gigi (Louise Monot). She awakes from the bad dream, and leaves the night terror behind. She forgets it.

This dream, however, is clearly prophetic. Everything that happens to her in the course of the hour is foretold in this vision.

Gigi sees images of the Dark Shadow (the fearsome demon creature featured in the finale), and also of the city street where panic takes over later that day, when Gigi nearly is crushed in a flood of panicking citizens.

But as reader MFL pointed out, this sequence also features another image of tremendous significance: an extreme close-up of a Grey alien.

This alien’s face appears in the dream imagery, and seems to be staring directly at us -- the audience -- as well as at Gigi. Is it reading her mind?

Since the appearance of this alien precedes the onset of the disaster in The After, we can ask ourselves another question too: has it caused this disaster?

Is it observing Gigi?

Has she seen the future, or do her dreams of the future -- manifested by the Grey -- actually create it?

Greys are commonly associated with alien abduction, and so we might also wonder whether Gigi is an abductee herself, and if she has suppressed the memory of her experience. Or perhaps she simply has not yet had time and opportunity to reveal it to the others (and the audience).

Once the Grey is recognized -- and thanks again to MFL for noting it -- we arrive at the notion that The After features a book-end kind of structure.

There is a “supernatural” or super-real organism seen at the beginning of the hour, and again at the end of the hour.  The episode starts with an alien, and ends with a demon.

I believe this idea could relate to…. 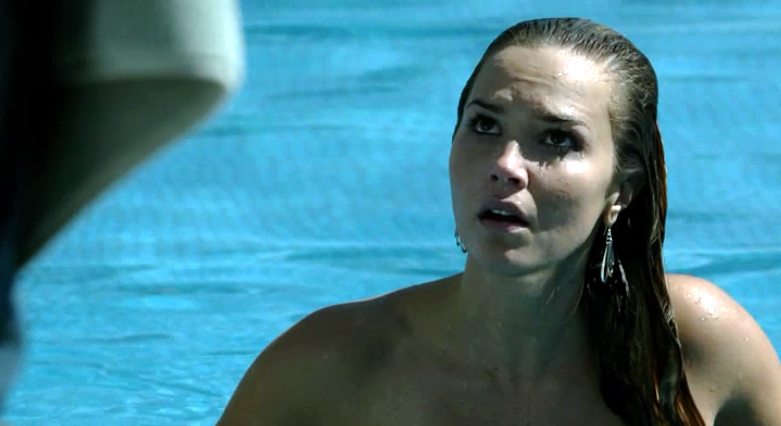 The Book of Revelation

When Tammy brings up the Book of Revelation in The After pilot, she notes that “Maybe” it “explains everything.”  There’s every chance that we are hearing not only Tammy’s words here, but Chris Carter’s as well.  The Book of Revelation could be the key to unlocking this text.

Specifically, Tammy mentions “The serpent” and “the prostitute” as Adam Chamberlain reminded me in his comment.

Some background: in the Book of Revelation, the author -- John -- experiences a vision.  He witnesses “the punishment of the great prostitute, who sits by many waters.  With her the kings of earth committed adultery and the inhabitants of the earth were intoxicated with the wine of the adulterer.”

On the prostitute’s head is branded the words “Babylon the Great, Mother of Prostitutes and The Abomination of the Earth.”

In broad terms, however, the Book of Revelation is simply a prophecy, and I noted above that Gigi experiences a dream -- a prophecy -- in the episode’s opening moments.

So what is it that she bearing witness to?

The appearance of two unlike beings -- a Grey and the Dark Shadow -- suggests that Gigi may be, in fact, witnessing what John witnessed in Book of Revelations: a War in Heaven.

The two sides, in this case, may be represented by a “mighty angel fallen from Heaven” (the “Grey?”) and a demon (“Dark Shadow.”)

Or if Carter is playing on audience preconceived notions and expectations, the roles may be, perhaps, reversed.

But the book-end appearances of the Grey and the Dark Shadow in the pilot represent a different kind of allusion to Book of Revelation as well.  There, an angel-like character is seen and he says, quoting the Lord; “I am the Alpha and Omega,” “the beginning and the end.”

Here, the Grey is the Alpha and the Dark Shadow is the Omega, literally the beginning and the end of the pilot episode.

There exists another connection between The After and the Book of Revelation. In John’s vision, the number seven recurs again and again.

And in The After, all the characters trapped together were born on March…the seventh.

Similarly, there are eight survivors or main characters in The After. But reader JWickliffe put forward the tantalizing theory that one of them may not be a survivor or human at all, but a person or being watching the others, seeing what they do. 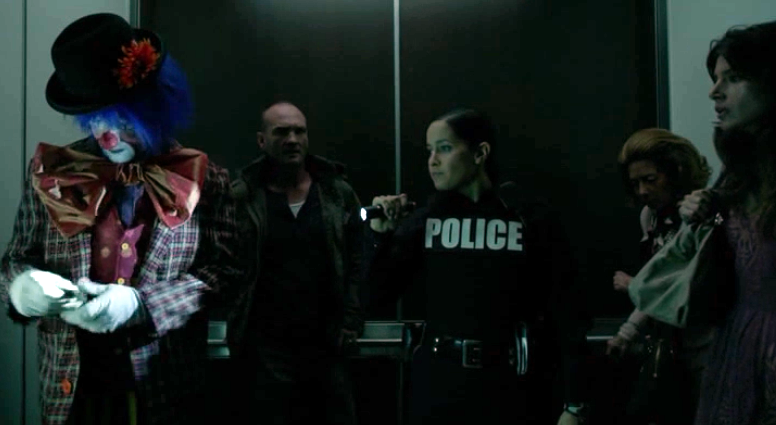 If this is the case, there are seven main characters, not eight, and we may, therefore, have our seven "angels" to fight in the War in Heaven.

Finally, Tammy asks in The After about the serpent and the prostitute.

Who are they, in real life terms? What real life objects, people, or organizations do they represent?

Who is the prostitute that sits by many waters?”  That seduces kings? Whose wine intoxicates us?

This could be a metaphor for, among other things: wealth. The love of money causes kings to betray their people, and distracts people from the things that our important, like human connections.

Or, perhaps the great prostitute is a metaphor for self-image: narcissism.

This latter possibility seems more likely to me, because so much about The After is concerned with modern technology: with iPhones, for instance.

Does love of self -- transmitted and multiplied through modern technology -- betray us?

At one point in The After -- at approximately the 33 minute point -- Gigi is outside in Los Angeles, and a weird sound, like a ricochet, is heard.

The images cut to a car window's glass shattering.

We have no idea what this sound is, and we never get an explanation for it.

JWickliffe called my attention to it, so I went back and watched again.

And yep, it’s there. So what is this sound?

If we go back to the Book of Revelation, John's vision describes an inhuman “loud voice,” which sounds as “when a lion roareth.”

Could this be what we witness during this scene? The sounds of Heaven’s war raging.

As I wrote last time, I continue to be impressed that The After -- just an hour of drama thus far -- intimates so many mysteries, and so many possibilities.

This fact makes me all the more excited for the possibility of a continuing series.  I hope we hear some good news from Amazon soon...
at March 11, 2014

Email ThisBlogThis!Share to TwitterShare to FacebookShare to Pinterest
Labels: Chris Carter, The After