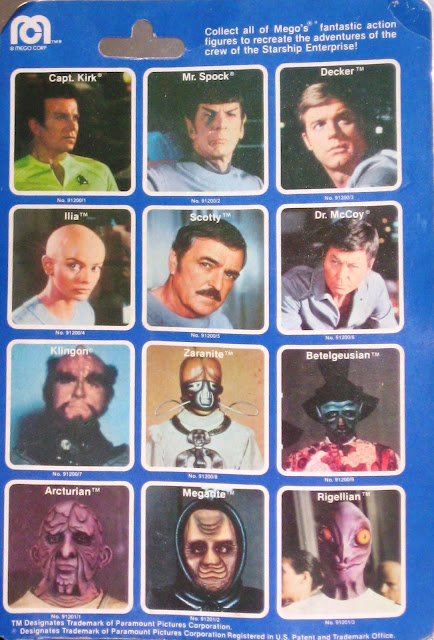 I love Star Trek, I love Mego, and I love sci-fi action figures.

But despite my absolute nostalgia and affection for the action figures I’m featuring as collectible of the week here today, I must admit that they are not really very good, at least objectively-speaking.  Of course, that never stopped me from playing with them as a kid…

In 1979, Star Trek: The Motion Picture was released in theaters, and Mego manufactured a series of small, 3-inch figures to go with the revival film.  There were apparently two releases. 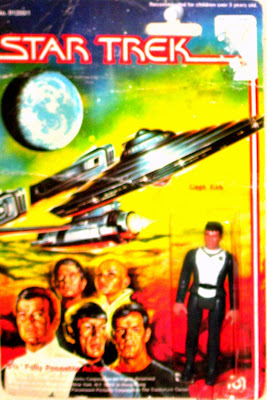 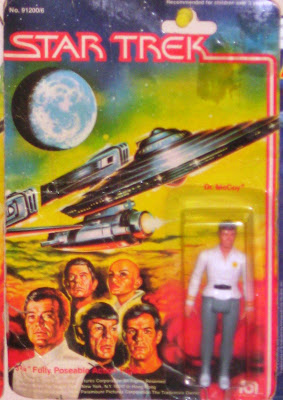 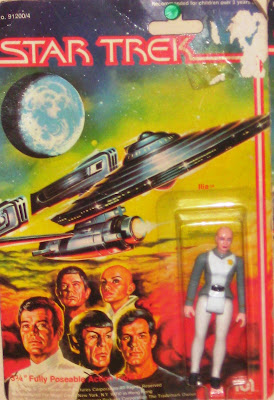 The second release of six -- which I never saw in stores anywhere – included aliens featured in the films. These included Klingon, Zaranite, Betelgeusian, Arcturian, Megarite and Rigellian.  You say you don’t remember any of those aliens, except the Klingon?

That makes two of us.

Although it was a relief to see that these action figures were not held together at the shoulders and knees by small, easily breakable metal pins (like Mego’s The Black Hole and Buck Rogers action figures), these Star Trek toys -- while “fully poseable” -- certainly seemed like a bare bones releases.

The characters don’t come equipped with phasers, wrist communicators, or even a tricorder for Spock and Bones.  And the photos on the back of the cards reveal the characters…in different costumes.  Kirk is wearing a short-sleeved tunic, not his two-tone (and very attractive…) admiral’s uniform.  Meanwhile Decker is in gray in the photo…while the figure is wearing yellow.

All this established, I do find these Star Trek figures appealing if only because they are wearing some variation of those The Motion Picture-style uniforms, which always remind me of the 1970s, Space:1999, Ark II and the like.

As a rule, I believe that all of us in the future should endeavor to wear pajamas, I guess…

Anyway, these action figures -- especially the aliens -- today fetch very high prices on E-Bay and other online vending venues.  I have vivid memories of running into a department store called Bradleys in the early 1980s and seeing these particular action figures discounted for a dollar apiece.

I always hoped against hope that one week I’d see a Klingon, an Arcturian or a Rigellian on the shelf…but it never happened.
at May 15, 2013